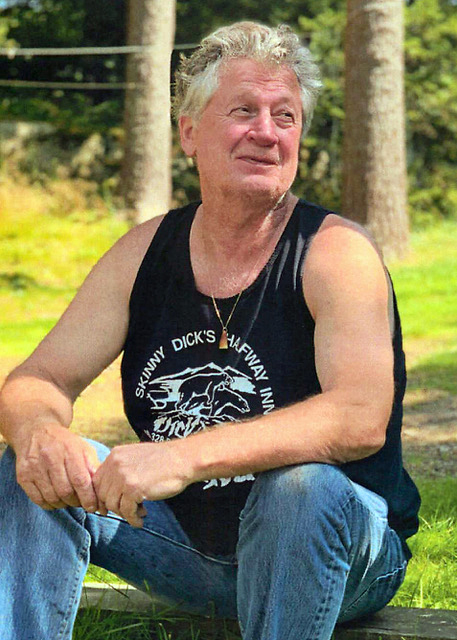 George Roy Hutchings Jr., 60, of Kodiak, Alaska and Damariscotta, passed away peacefully on Friday, July 3, 2020 at his home here in Maine with family at his side. George was born in Augusta on May 22, 1960, and grew up in Alna and Nobleboro.

He attended Nobleboro Central School and Christian Academy during his grammar school days. He attended Lincoln Academy, while working in South Bristol clamming, and later earned his GED. He left Maine in his teenage years to start his adventures in fishing in Point Pleasant, N.J., then on to more adventures scallop dragging in New Bedford, Mass. At the age of 20, George headed for an even greater and larger adventure in Homer, Alaska, where, after some tough times, he became a king crab and scalloping fisherman for many years. He was also instrumental in helping in the cleanup of the Valdez oil spill. He was also proud of his three children’s coloring books he had published with illustrations done by his good friend, Glenn Chadbourne.

He was a devoted officer in the Salvation Army in Kodiak, and a member of the Sons of the American Legion in Kodiak. George was an avid collector and rider of several Harley-Davidson motorcycles, which he rode all over Alaska and anywhere else he could. Everyone who knew George knew he had a kind heart and deep faith, which made his passion in life to give to others, whatever the need (especially children). Without being asked, if he saw a problem he could help with, he was there to do it.

George met his bride and true love, Sheila, in Alaska in 2011. They were married in the Valley of Fire in Las Vegas, Nev. on Nov. 18, 2013. They made their home in Kodiak, where George was captain on the fishing vessel Elizabeth F, and a partner in his boat Alitak. George lived in Alaska fishing for the past 40 years, spending more time on the sea than land, doing what he loved.

A celebration of George’s life will be held at a later date in the next couple of months.