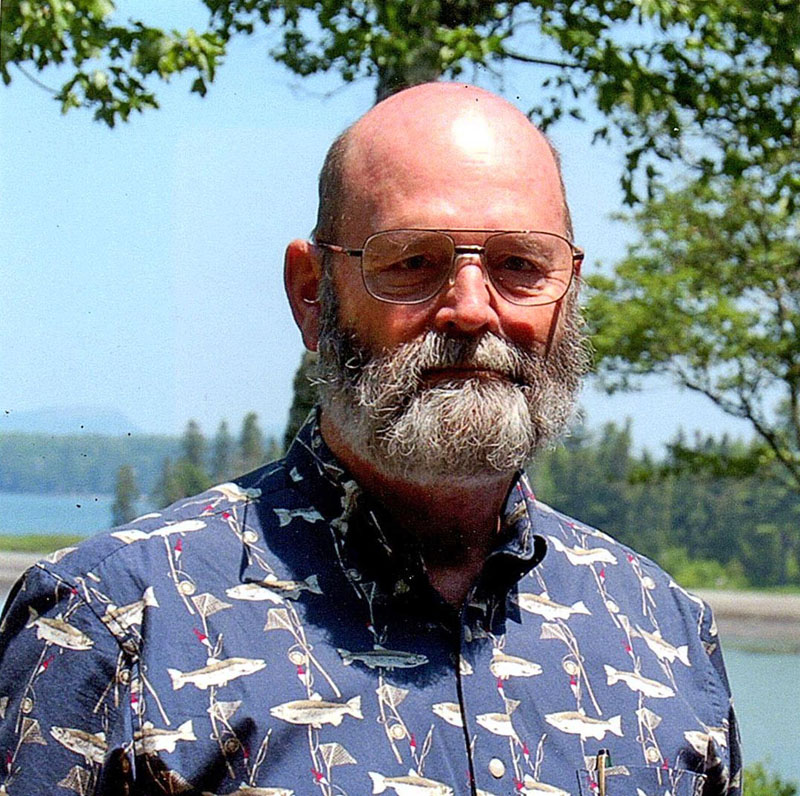 George William LaBar Sr., of Dresden, recently succumbed to the effects of chronic antiquity. He was born in a small log cabin his father built in the woods of northern Wisconsin. George attended a one-room school for two years and then attended Birchwood schools, where he graduated as valedictorian of his class of 18. He met and married Joan McEathron when they were 18. They had three children and were married for 55 years.

George received his doctorate on the homing behavior of cutthroat trout in Yellowstone National Park. He served as a naturalist in Yellowstone and taught at several universities, including Cal Poly, Universidad Simon Bolivar in Venezuela, and the Universities of Maine and Vermont. For 19 years at the University of Vermont, he taught fisheries biology, ichthyology, and water resources, and conducted research on fisheries ecology on Lake Champlain. In 1995, George took the position of head of the Department of Fish and Wildlife Resources at the University of Idaho. During George’s 34-year academic career he published nearly 50 scientific papers and directed 40 Master of Science and doctoral students. On retirement, George and Joan spent two years visiting 311 national wildlife refuges in 49 states, resulting in his book “The RVers Guide to the National Wildlife Refuges.” George and Joan then moved to Montana, and in 2015 moved to Maine. Unfortunately, Joan passed away only 10 months later.

George was an active outdoorsman who loved fishing and fly tying, hunting deer and upland game, hiking, birding, and skiing. He had a beautiful tenor voice and belonged to classical choruses in California, Venezuela, Vermont, Idaho, Montana, and Maine. Whenever possible the LaBars had one or more dogs as part of their family.

George was survived by his three children, Laureen (Scott Murray) of Maine, George Jr. (Leslie) of Alaska, and Pauline LaBar-Shelton (Christopher) of New Mexico; and by his three brothers, Martin, David, and Arthur, and their wives. George lived to see many giant leaps forward for humankind: the discovery of plate tectonics and DNA, the invention of the microchip, and the landing of humans on the moon. Unfortunately, he did not live long enough to see an effective U.S. Congress.

Condolences may be left at funeralalternatives.net.