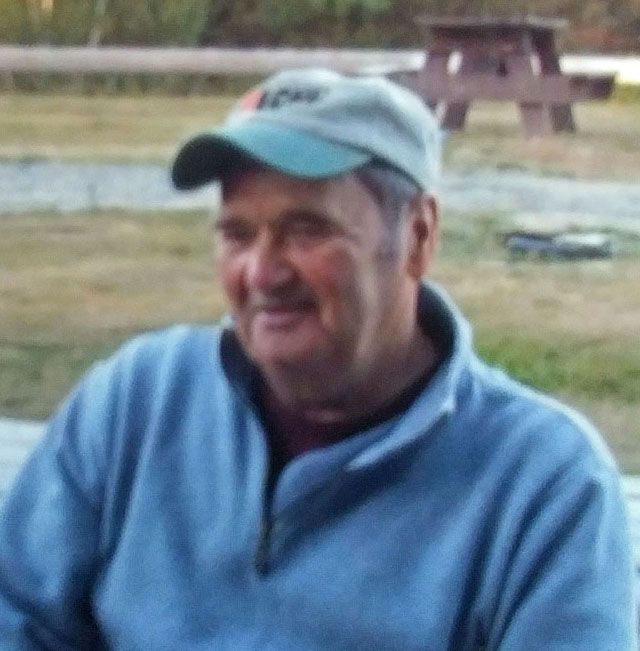 Gerald Leon Brann, 73, passed away peacefully at his home in the early morning hours of Sept. 19, 2020. He was born on March 9, 1947 in Gardiner to Walter “Mike” Brann and Bernita Allen Brann.

Jerry was educated in local schools and entered the U.S. Navy in September of 1965. He was very proud to be a military veteran. He was a machinist mate 3 assigned to the Iwo Jima aircraft carrier of the 7th Fleet stationed in San Diego, Calif. After two tours of patrolling the waters off Vietnam, Jerry was given an honorable medical discharge.

Jerry’s childhood sweetheart, Toni Newcombe Brann, traveled to San Diego and married him on April 16, 1966 before he shipped out to Vietnam. They were together 54 years, living first in San Diego and then the Windsor and Whitefield areas. Jerry and Toni were blessed with a son, Gerald Michael “Mickey”, a daughter, Dianna Michelle “Dede”, and two grandsons, Cameron Michael and Kyle Branndon.

Jerry’s favorite activities included riding his Harley, ice fishing, horse pulling, especially at Windsor Fair, hunting with his grandsons, and using his John Deere tractor on his land. Tony and Jerry loved camping with their toy hauler and ATVs. His favorite travel destinations were visiting Jackson Hole, Wyo. and ATV riding Down East with Toni and friends.

Jerry’s family was very important to him, and it gave him great pleasure to watch over his family, especially his grandsons. Jerry was blessed with many, many close friends, and he enjoyed socializing with all of them and their families.

Jerry was predeceased by his parents, Mike and Bernita; brother, Darrell and wife Ray; sister, Cheryl Kelley; and father and mother-in-law, Philip and Mary Newcombe.

Jerry, Dad, and Pape, we love you and miss you. We will see you again in Heaven.

Due to the COVID-19 pandemic, a private graveside service was held for his family.

The family would like to thank the Togus VA and the hospice staff for their compassionate care of Jerry. A special thank you to Patsy and Ingrid for being there for his last hours, and family and friends for their love and support.

Arrangements are under the care of Plummer Funeral Home, Windsor Chapel, Windsor.

Condolences, photos, and stories may be shared through the funeral home website at plummerfh.com.