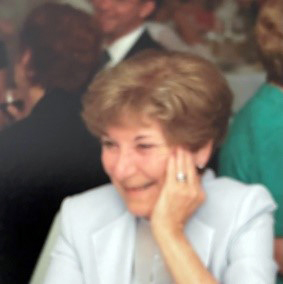 Geraldine A. Massey, 84, of Augusta, passed away peacefully on Jan. 15, 2022, in Damariscotta. Born on Jan. 20, 1937, in Boston, Mass., Gerri was the daughter of Mary Agnes Morris and Edward Leary. She grew up as part of a large, extended Irish family in East Boston before moving to Valley Forge, Pa., where she attended local schools. Graduating from high school in 1954, Gerri enrolled at Penn State University in the College of Education where she completed a degree in the spring of 1958.

A lifelong educator, Gerri moved to Maine to start her teaching career in the fall of 1958 at Rockland High School. The following year, she taught at Myrtle Street School in Waterville before moving to Ella R. Hodgkins School, where she began a 45-year career with the Augusta school system that included teaching social studies and, most notably, U.S. history at Cony High School.

While working full-time and raising a young family, Gerri obtained her master’s degree in education from the University of Southern Maine. In 1982, Gerri moved from the classroom to take a position at Cony as a guidance counselor, later becoming head of the counseling department, where she served until January 1997. In 1997, Gerri was appointed principal of Cony High School, the first female principal since the school’s opening in 1816. In June 2000, Gerri retired, or so she thought. Two years later, she was asked to come out of retirement to once again assume the role of principal of Cony, where she remained until her ultimate retirement in June 2005.

Over four decades as an educator, Gerri had a significant impact on students, teachers, and the community. She instituted many new programs that supported and accelerated opportunity for learning. She remained interested in the many students whose lives she influenced and she enjoyed following their achievements over the years.

Gerri was married to Mel Massey for 47 years before his passing in May 2007. They raised two children, Michael and Sally. After Mel’s death, Gerri moved to New York City to be close to Sally’s family. Nearly a decade later, Gerri moved back to Maine, living at Schooner Cove, a senior living community in Damariscotta. Gerri loved life and she especially loved her grandchildren, flower gardens, the theater and a good steak. She was tough, quick to laugh and compassionate. She will be fondly remembered by all who knew her.

Gerri is survived by a son, Michael Massey and his wife, Rachel, of Denver, Colo.; a daughter, Sally Massey and her husband, Michael Lukianoff, of New York City; and four grandchildren, Elijah Massey, Finnegan Lukianoff, Murphy Lukianoff and Elle Lukianoff.

A celebration of Gerri’s life will be held at a later date. A scholarship will be established in her name in recognition of her deep commitment to the education of the children of Augusta. She will be laid to rest privately next to her husband in the Maine Veterans Memorial Cemetery in Augusta.

Arrangements are under the care of Plummer Funeral Home, 16 Pleasant St., Augusta.

Condolences to the family may be expressed via the funeral home website at plummerfh.com.