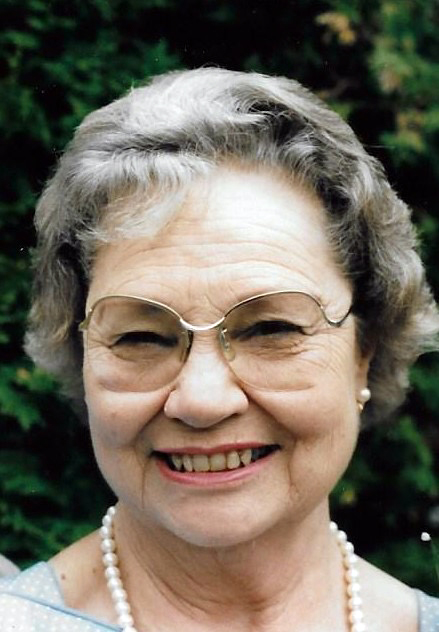 Gertrude grew up in South Bristol with her five sisters and one brother, and attended school there from the age of four through her high school graduation in 1941. After graduation she attended business school in Portland. She later moved to Washington, D.C. and worked for the Department of Defense during World War II.

She married the love of her life, William Rice, on April 28, 1946, and shared many wonderful years with him.

For several years, she was active in the Degree of Pocahontas, a women’s auxiliary active in the South Bristol community at one time. For many years she enjoyed snowmobiling with her husband and family, often traveling to northern Maine to enjoy this sport. Her highest priority was always her family and community, and she relished her time with her children and grandchildren. She loved baking and would always complete the family dinners with her baked treats and pies.

She was predeceased by her husband of 74 years, William A. Rice, of Damariscotta; her parents, Harvey F. Gamage and Jennie Plummer Gamage; and her sisters, Ella Lane, Dorothy Wright and Eunice Sigler.

A celebration of Gertrude’s life will be held at 3 p.m. Friday, Jan. 14, at Strong-Hancock Funeral Home, 612 Main St., Damariscotta.

In lieu of flowers, donations can be made in Gertrude’s memory to the South Bristol Historical Society, P.O. Box 229, South Bristol, ME 04568 (southbristolhistoricalsociety.org/donate)

Arrangements are under the direction and care of the Strong-Hancock Funeral Home in Damariscotta. Condolences, and messages for her family, may be expressed by visiting stronghancock.com.