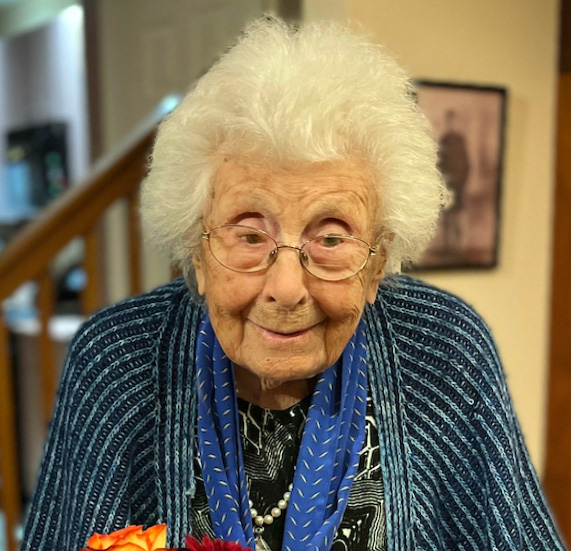 Gladys “Bobbie” Wynn Selverstone, 100, died peacefully at her home in Damariscotta, on Jan. 15, 2023, with her grandson, daughter, and cats by her side.

Bobbie was the youngest child born to Walter and Marie Wynn in Ayr, Scotland, on Sept. 11, 1922. The family moved to the London area a few years later. During World War II, Bobbie served her country in the Women’s Auxiliary branch of the Royal Air Force.

After being invalided out of service, she worked in the office of a renowned dentist on Harley Street in London until her marriage to an American doctor, Norman J. Selverstone, in December 1951. Once married, she and Norman lived for two years in Germany before coming to the U.S. and settling in the Boston area, where Norman established his medical practice.

Parts of every summer were spent on the coast of Maine, and when Norman retired in 2009, they made Damariscotta their year-round home.

Bobbie was predeceased by Norman; her siblings, Lilian, Jenny, Violet, Marion, and Leslie; and her youngest son, Roger.

She is survived by her eldest son, Andrew of Pinecliffe, Colo.; her daughter, Jane and son-in-law, David Gutzler, of Los Ranchos, N.M.; her grandson, Ben Gutzler of Dover, N.H.; her granddaughter, Sonia Gutzler, of Albuquerque, N.M.; and by far-flung but much-beloved nephews, nieces, and other members of the extended family around the former British Empire and the U.S.