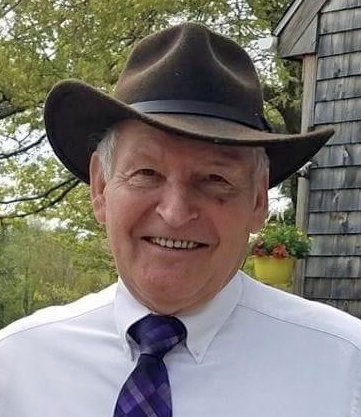 Glenwood Lee West, 77, of Wiscasset, went home to be with the Lord on Tuesday, July 6, 2021, following a courageous battle with AL amyloidosis.

He was born on Nov. 4, 1943, in Portland, to Fred Wilder West Sr., and Beulah May West. He grew up in Coopers Mills and moved to Wiscasset in 1957 to attend high school. He married the love of his life, Janet Gregoire, on Oct. 26, 1962. Glen and Janet lived in Bath for the first few months of their marriage, but moved to Brattleboro, Vt., in 1964, for two years before returning to Maine, where he worked in the mold loft at Bath Iron Works.

In 1978, shortly after accepting Christ, he believed it was “better to bleach your bones in the Sinai Desert, than to make bricks for Pharaoh,” and he and his family moved to Indiana for him to attend Hyles Anderson Bible College. In 1984, he became pastor of the Bible Baptist Church in Wiscasset, where he faithfully served for 23 years. He considered pastoring the greatest calling of his life and loved the people of the church. If he had not been a pastor, he always said he would have been a farmer, as he loved working outdoors, especially on his John Deere tractor. The family cottage with 60 acres of land in Palermo was his heaven on earth, and his favorite memories took place there with his family. After retiring from the ministry, his hobbies included deer hunting and genealogy. He was a major contributor to Find A Grave, making many trips to the local cemeteries taking photos and editing them for clarity.

The family would like to thank Dr. Andrew M. Rogers of MaineHealth Cancer Care for his exceptional efforts in treating his condition. To Dr. David H. Dumont of Mid Coast Hospital, a special thanks for his kind and compassionate care for not only Glen, but his family as well.

A time of visitation will be held from 4-6 p.m., on Friday, July 9 at the Strong-Hancock Funeral Home in Damariscotta. A graveside service will be held on Saturday, July 10 at 2 p.m. at Greenlawn Cemetery, Rumerill Road, Wiscasset.