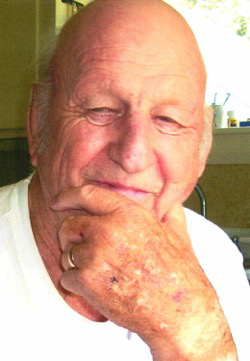 Gordon B. Humphrey Sr., 87, of South Bristol, passed away peacefully on the afternoon of Feb. 2 with his family by his side. Born on Oct. 23, 1929 in Damariscotta, he was the son of the late Emmons and Ruth (Feltis) Humphrey.

He was a lifelong resident of South Bristol, leaving only when he was drafted into the U.S. Army, where he rose to the rank of sergeant and spent a year in Germany as a machinist.

Gordon was a man of many talents. He built a home for his wife, two boats, was a talented welder and machinist, and was a long time bus driver at Lincoln Academy. Long after he retired from Lincoln Academy, people would approach him and say “you used to be my bus driver,” and invariably he remembered them.

Gordon was an active member of the community, serving on the local PTA, planning board, and Red Man’s organization. He was one of the original founders of the South Bristol Fisherman’s Co-op. He was loved by many, and will be sorely missed by all who had the privilege of knowing him.

Besides his parents, he was predeceased by his wife, Ida; and son, Gordon Jr.

A graveside service for family and friends will be held with warmer weather.

Should friends so desire, donations may be made in Gordon’s memory to the Lincoln County Animal Shelter, PO Box 7, Edgecomb, ME 04556.