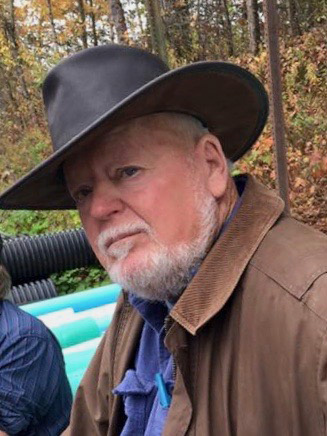 Harold Guy Warren Jr., 78, of East Boothbay, passed away peacefully surrounded by his loving family on Oct. 6 at Central Maine Medical Center after a courageous battle with heart disease. Harold, also known as Dad, Honey, Papa, H, Hal and Harry was born on July 4, 1940 in Gardiner to Harold and Phyllis (Damon) Warren. He was educated in Pittston schools and graduated from Gardiner High School in 1959.

At a young age he worked for his parents in the sawmill stickering box boards. He later started working at Edwards Manufacturing in Augusta when the sawmill couldn’t afford to keep him. He then went to work at Williams Construction on the paving crew and during that time he purchased a small single axle truck to haul sand and gravel on nights and weekends, either loading it by hand or with a continuous chain bucket drive run by the wheel of his truck. In the early 1960s he went full time in construction starting his own business, Harold Warren Construction. His sons, Mike and Mark joined the family business until they all decided to “retire” from the earth business in 2015 to pursue other interests.

He was a member of the Lucky Point Club at Spencer Bay Moosehead, Pittston Fair Association, a member of the Dresden Masonic Lodge since 1976, Masonic Valley of Portland and Augusta and Shriners International. He was one of the organizers of the Chelsea Fire Department.

Harold loved family, friends and having a good time and the more the merrier. He lived every day to its fullest and like it could be his last. He worked hard so he could play harder. Real estate development, traveling, fishing, hunting birds and moose, lobstering, trying his luck at the casino, bean hole beans, trips to Moosehead, good scotch, playing cribbage, and a fresh baked pie were a few of his favorite things. The twinkle in his eye and his sense of humor will be missed by those who knew and loved him.

He was predeceased by his parents; sisters, Janice Warren, and Linda Lawrence; and brother, Robert Warren.

At Harold’s request, there will be no funeral. A celebration of life will be at a later date at the convenience of the family.

In lieu of flowers, contributions may be made to your local food pantry.

Arrangements are being handled by Hall Funeral Home and Tribute Center, Boothbay.