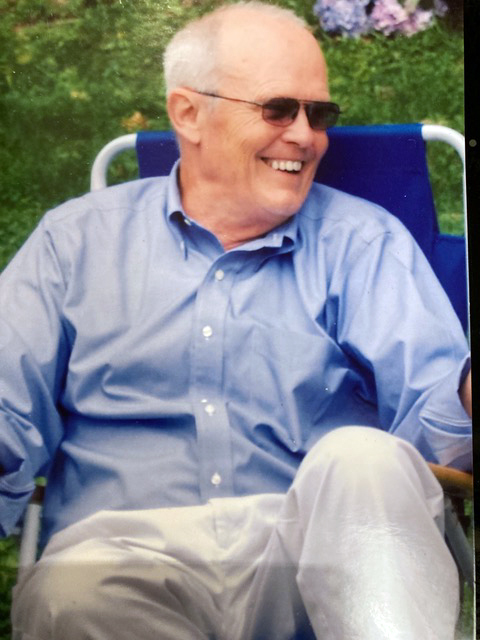 Harry Alden Pearce (aka ‘HAP’) passed away peacefully at the Maine Veterans Home in Augusta on Tuesday, Nov. 9, 2021.

Born on July 1, 1940, in Louisburg, N.C., to David McKinnie and Grace Johnson Pearce, he was raised in Tavares, Fla., before attending and graduating from the University of Florida and embarking on a 26-year Air Force career. His military career was followed by 15 years as a defense industry executive with Northrop Grumman before retiring to Williamsburg, Va., and then Nobleboro.

No words or obituary could do a proper justice to his life and the kind of person he was. But the lessons of how he lived, and what he stood for, are how he would want to be remembered.

A true southern gentleman, he had a deep appreciation for the outdoors, nature, water, fishing and animals, all fostered by the environment he grew up in the rural south. A strong work ethic, love of sports (especially his alma mater Gators and the Red Sox), desire to help others, and respect for people that he thought were overlooked were convictions he held. He made it his life’s work to try to make things right that he thought were wrong.

While he never attended integrated schools, he worked hard to undo the racial injustices he experienced as a youth throughout his career and life. He stood up for LGBTQ comminutes in the military when that position was not only unpopular, but career limiting. He was an avid supporter of youth and high school sports and strived to recognize the underserved.

A pioneer of the Air Force’s AWACS and JOINT STARS air defense programs, his career afforded him the opportunity to travel extensively, meet with heads of state and rub shoulders with world and industry leaders. And yet, he was as enthusiastic talking about collecting money for the poor as a Kiwanis member as he was briefing a president in the White House situation room. A devout Episcopalian, he was a vestry member in numerous parishes and served on the Jamestown/Yorktown foundation that commemorated the 400th anniversary of Jamestown, Virginia.

By far his life’s greatest achievement, as he would tell you, was meeting his wife of 58 years, Sally Lewis Pearce, and bringing his three children Scott, Wendy, and Keith into the world. His “magnificent seven” grandchildren Catherine, Andrew, Jacob, Sydney, Alden, Caroline and Nathan were all fortunate to experience his boundless sense of optimism, generosity, kindness, and conviction to be an upstander in the world and to never turn a blind eye to injustice.