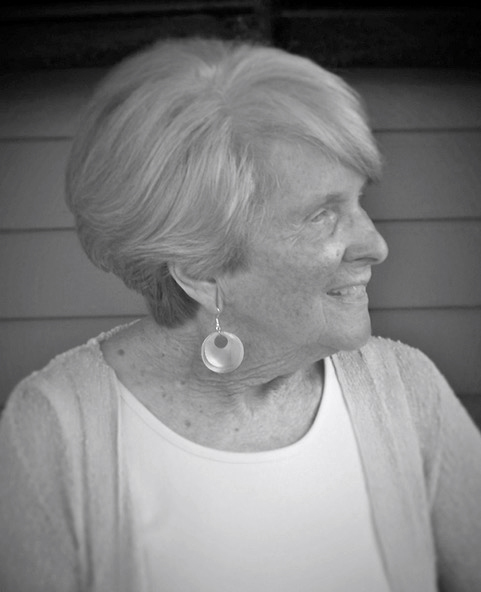 She lived her early childhood in a small home on Arlington Heights. She was an avid learner and the top student in her class. At age 11, she and the family – now grown to five children – moved to a remote corner of Carlisle, Mass., where they rented half of an old farmhouse and began to learn the country way of life. Her father worked long hours as a pipefitter, and the kids did their best to help their mother care for the farm and home.

The Great Depression stripped the family of financial comfort, but Helen’s memory of that time was of a joyful childhood rich in simple country pleasures, music, strong bonds with neighbors and friends, and a fulfilling family life. That period greatly influenced how she lived the rest of her life.

She often recalled witnessing the Great Hurricane of 1938 – her father tying a rope to the chicken coop and holding it down in an unsuccessful attempt to keep it from blowing away, the roof of the barn ripping off, a tree crashing through the house, and the family gathering around the piano singing hymns to calm their fears.

Helen graduated from Concord High School in 1944 and worked a variety of jobs, including switchboard operator and tea room host. In 1946 she met Joseph F. Macone of Concord, who had recently returned from combat service in World War II. They married the following year, and their first child, Douglas, was born in 1948. They bought a large piece of land across the street from her parents’ home and built a house. Helen’s natural talent for home design and landscaping quickly became evident. This was the first of five family homes that she created from blueprint to final product.

In Carlisle, Helen centered her life around running the home and raising five kids. With a farmgirl’s heart, she adopted animals that the kids found – including horses, ponies, chickens, dogs, cats, goats, turtles, fish, frogs, and rabbits. The house was a busy center for family gatherings and a favorite spot for her children’s friends to visit. Joe had a sporting goods business, and the backyard was a popular playground for sledding, skating on the swamp, ball games, horse rides through the woods, and every once in awhile skeet shooting and other offbeat outdoor activities that only seemed to happen at the Macones’ place.

In 1976, she made a decision that would change the course of her life. She and Joe bought a deteriorating fish shack in New Harbor and converted it into a simple summer cottage. Maine captured her heart and reminded her of her childhood. When Joe retired in 1981, they bought a neglected saltwater farm overlooking Pemaquid Harbor, and immediately began the task of making it their permanent home. Again, her natural talents for home decoration and landscaping showed through.

Helen invited a steady stream of family and friends to stay in the rambling old house, and always made sure to treat them to a lobster dinner. As usual, she had plenty of farmyard animals – 119 sheep and four ducks. With her kids grown, Helen was able to pursue her favorite hobbies. She was a highly skilled quilter, and created dozens of intricate quilts that she gave away to family and friends.

When Joe died suddenly in 1991, Helen took over the maintenance of the farm. She met her dear friend Lemuel Brown, with whom she shared a close and happy relationship for many years until his passing in 2014.

When she could no longer keep up her farm, she sold the bulk of it, but kept a favorite piece of land for her final home. She worked for three years on its design, and in 2002 moved in. Once again “Auntie Helen” graciously opened her home to family and friends and put a dent in the local lobster population. She inspired family members to feel a close kinship for coastal Maine. Her sense of humor, liveliness and warm-heartedness endeared her to a long list of family and friends.

As Helen’s health declined, she chose to stay in her home, ferociously independent and not wanting to burden anyone with caring for her. Her family respected her wishes, and helped her to live life as she wanted. In her final days, she comforted her grieving visitors with her keen wit, her bravery and compassion.

She was predeceased by her parents; her husband, Joseph F. Macone; and sisters, Wanda Adams of Damariscotta, and Ada Barnett of Bedford, Mass.

A private celebration of life will be held at Helen’s home this summer.