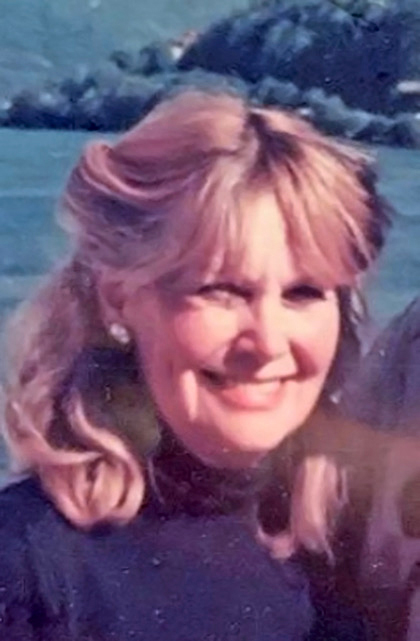 Helen Viola Glendinning, 89, of South Bristol, died peacefully on June 17, 2020 at Mid Coast Hospital with her seven children and husband close by. She was born in Brooklyn, N.Y. on Jan. 28, 1931, the eldest child of Borghild C. Christiansen and Olaf M. Marceliussen. Viola’s brother Edvin Marceilussen died at age 6 and was buried in a Staten Island cemetery. She lost her father Olaf at sea when she was 6 years old.

She attended Public School 222 in East Brooklyn. She moved to Middletown Township, N.J. with Borghild and her stepfather Magne Seneger (born in Liste, Norway). She graduated from Middletown Township High School in 1949 after her very active high school activities – athletic, scholastic, clubs, etc. Viola was elected President of the School Council, inspiring activities for the school body. She was the first ever girl to head the school council, achieving a number of laurels.

Not to rest, Viola, being a Christian believer, was co-founder of the King of Kings Lutheran Church of Middletown Township, N.J. Viola was a devoted Sunday school teacher of the Leonardo Baptist Church during the ’50s. At a later date, Viola would paint great wall murals (e.g., Lord’s Supper, 8 feet by 23 feet) for this church.

Also, in another co-founder vein, Viola became president of the Parent Teacher Association of the Bayview Junior High School, Leonardo, N.J. Her leadership of the PTA group netted 800 memberships, which was never again to be accomplished at the school. After her PTA success she accepted a duty on the Monmouth County Juvenile Court Authority. She spent many evenings over eight years helping to influence behavior of misled youth.

To keep from becoming lax during the ’50s and ’60s, Viola accepted a leadership task with the Girl Scouts of America, Troop 47 leader. Her troop was recognized in the Middletown Township Anniversary day parade for uniform code and marching performance.

In Viola’s work with the Noreg 466 lodge, Viola found leadership to not only teach the young members to perform native Norwegian dances (Rylander, Seksonan Reel, etc.) but actually organized a trip to Norway in which the Lodge 466 dancers would perform in Kristiansand Park in Norway and execute authentic Norwegian dances. There was also an opening by which the Noreg dancers could have an audience with King Olav of Norway. However, one of the lady chaperones thought their dance dress wear lacked some details – the king’s performance did not take place.

Moving from New Jersey to South Bristol in 1988 brought Viola to new leadership roles in South Bristol – the South Bristol Planning Board; a director of the Thompson Ice Preservation Committee; South Bristol Union Church – President of Women’s Association, choir, Deacon’s Committee, and summer fair. Viola distinguished herself as the Chairwoman of the 100-year-anniversary parade of the South Bristol church.

Viola was an active member of the Pemaquid Art Gallery at the Pemaquid Lighthouse Park for over 12 years, regularly exhibiting her vivid oil paintings. She periodically had her art shown at the First National Bank and other stores in Bath and Damariscotta.

Also upon the move to South Bristol, Viola was very proud of being a member of the local Eastern Star group and highly respected the officials of the lodge.

A public visitation was held June 22 at the Strong-Hancock Funeral Home. A private funeral and burial will be held for her family, and a public memorial service will be held at a later date when her life can be celebrated with handshakes, hugs, and hymns.