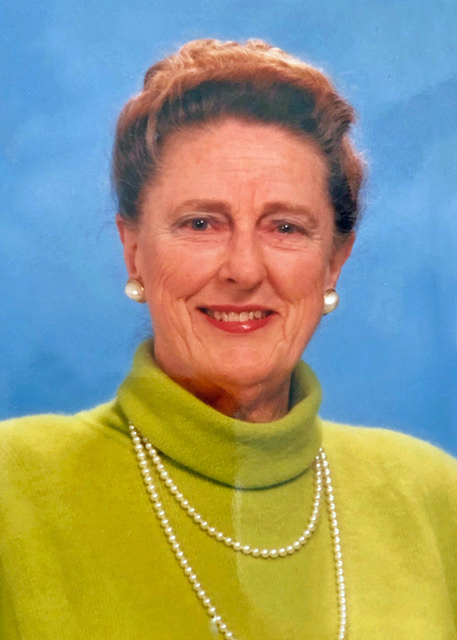 Hilda F. Traina was born in Chatham, Mass. to Henry and Florence Eldredge on June 5, 1921. She moved to The Lincoln Home in Newcastle two years ago to be close to her son and family, passing away there on Sept. 3, 2020, at 99 years old.

Hilda was captain of the girls championship basketball team at Chatham high school from 1935-1939. Graduating from Cape Cod secretarial school in 1941, she then joined the U.S. Army, where she attained the rank of sergeant and became secretary to the trial judge advocate at Camp Butner, N.C. While in the service, she met and married John B. Traina. After discharge, they lived in New York, Hawaii, and raised their two children, Georgia and John, in Chatham.

Hilda assisted in John’s construction business, was active in the PTA and Girl Scouts, and was one of the founders of the Citizen Scholarship fund in Chatham. In later years, she was a docent at the Atwood House, giving tours of the Alice Stallknecht mural, which depicted many of Hilda’s relatives, significant to Chatham’s history. For many years, she volunteered for FISH, organizing drivers to help seniors in need.

Hilda was widowed in 1976, and in 1998, lost her daughter, Georgia. In 1998, she reunited with her recently widowed high school sweetheart, Harvey Bloomer. They enjoyed a happy marriage before his passing, in 2001.

Hilda was very proud of her loved ones, enjoying many visits, family gatherings, and Italian feasts. She leaves her son, John Traina, his wife, Kim, and granddaughter, Avae, of Edgecomb, and grandson, Wyatt, of Portland; grandson, Ian Jackson, wife Jennifer, and great-grandchildren, Chloe and Ariana, of Durham, N.H.; grandson, Tyler Jackson, wife, Rebekah, and great-grandchildren, Miakoda, Piper, and Olin, of Kittery.

Funeral services are private, with burial in the Union Cemetery in Chatham, Mass.