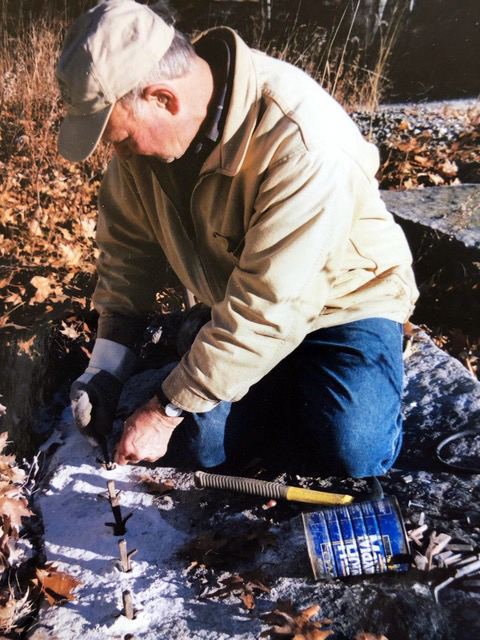 He attended Longfellow School in Damariscotta Mills and graduated from Lincoln Academy in 1956. He served in the Air Force for two years.

Hollis had a close relationship with his younger brothers, John and Fred. He helped his father to care for them as children and had a strong bond with them as adults.

In 1958, Hollis met the love of his life, Betty Jean Coombs Nelson. They were married on Nov. 28, 1958 and spent many happy years together with their children and grandchildren. As a couple, Hollis and Betty enjoyed time with friends dancing at Lakehurst and Merry Barn, snowmobiling, camping, attending music festivals, and traveling.

Hollis was a devoted, fun-loving father and grandfather, with a mischievous streak, famous for saying, “Don’t tell your mother.” His family has fond memories of fishing, hunting, skiing, boating, skating, swimming, long car rides, and trips to Round Top.

In 2003, Hollis suffered a massive stroke that left him with severe disabilities. His devoted wife, Betty, cared for him at home until August 2019. Although he had significant limitations, Hollis continued to find joy in life with his family, friends, and his special caretaker, Lelia Dyer. He especially enjoyed music of all kinds, Yahtzee, “riding around,” and trips for ice cream.

Hollis was a hard worker. He worked with his father at Nelson Welding Shop in Damariscotta Mills. Upon return from the military, he was employed for 10 years at Sylvania Electric in Waldoboro, where he made many lifelong friends. After learning the trade from Fred Burnham, Hollis started his own business as a stonemason. He was widely respected as an artist in his profession.

Hollis enjoyed life to the fullest and played as hard as he worked. He was always busy and knew everyone. He enjoyed hunting trips, traveling in Mexico with his son, riding his Harley, gardening, kayaking, and taking long walks.

Hollis was active in his community and generous with his time. He had been a member of the Lions Club, Elks Club, American Legion, and Eastern Star. At the time of his stroke, Hollis was the master of the Alna-Anchor Masonic Lodge No. 43. He coached Little League and farm team and served as a Boy Scout leader.

Visiting hours were held on Aug. 24 at the Strong-Hancock Funeral Home in Damariscotta. A private funeral and burial took place on Aug. 25 at the funeral home and the Hopkins Cemetery in Jefferson. A recording of his service can be found by visiting his memorial page, found at: stronghancock.com, where condolences and messages may also be left for his family.