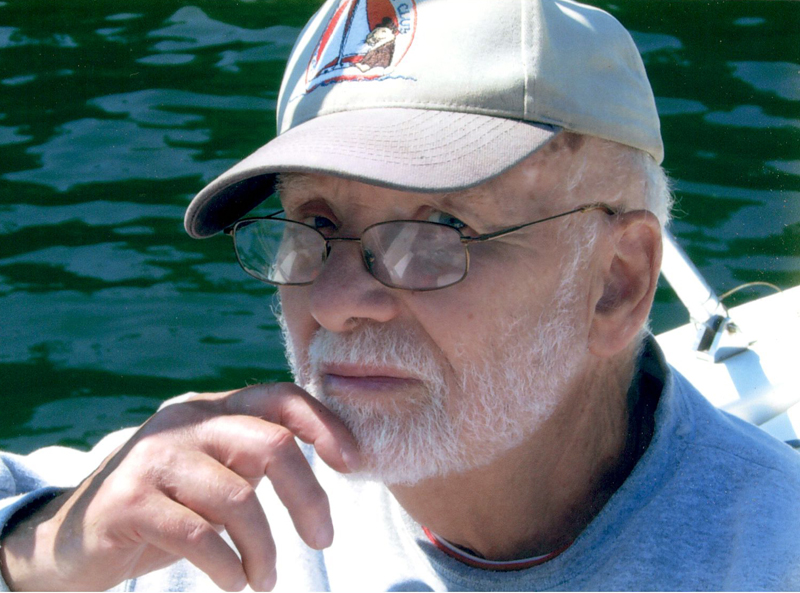 Bruce was a boy soprano in St. Paul’s Church. He sang solos with the men and boys choir and performed on WOR radio a few times. His love of music was a theme throughout his life. Music and baseball. His fervent following of the Brooklyn Dodgers transferred to the New York Mets.

His family moved to New Jersey where Bruce graduated from Ridgewood High School. Music and writing were his interests. Right after graduation in 1944, Bruce enlisted in the U.S. Navy, and served as a medic in World War II. Grateful for the GI Bill which provided his education at Rutgers University, where his lifelong high school friends also attended, Bruce honed his writing skills. That’s when he met his future bride, Shirley Ann May.

Having stayed in the Naval Reserves, Bruce was called back to service during the Korean conflict. Then he was ready to start his career in advertising, and writing copy for print ads and commercials, mainly with Bozell, Jacobs, Kenyon, and Eckhardt Agency. He became a creative head and vice president.

Bruce and Shirley married in 1953, the beginning of a 66-year marriage. A son, Richard, arrived the next year, followed by Catherine three years later and Stephen three years after that.

Bruce continued lending his tenor voice to Christ Church Choir in Shrewsbury and to a barbershop group, The Bamboo Butlers, which entertained at local nursing homes and events.

Love of sailing was a passion in Bruce’s life. He and Shirley sailed the Two Rivers in Monmouth County, N.J. and eventually sailed to Maine where they investigated inlets along the rockbound coast.

Upon retirement, Bruce and Shirely spent summers at their cottage in Pemaquid. In fact, the family has spent a portion of the summer for the last 57 years there, with his much loved grandchildren: Sean, Maria, and Owen Montgomery, Angellica and Michelle Taylor, and James and Matthew Montgomery, come every summer.

A memorial service will be scheduled sometime in the future.