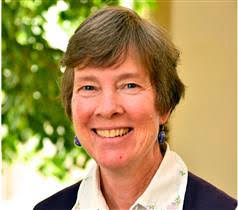 Born in Boston to Norwegian parents, Ingrid grew up in the woods and waters of New England. Blissful summers were spent at Valhalla, the family cottage on Great East Lake, and winters meant skating and cross-country skiing alongside her mother. While co-leading a backpacking trip for Camp Calumet Lutheran, Ingrid met Mark Albee, who would spend the rest of her life by her side.

After moving to Wonalancet in 2005, Ingrid worked in the emergency department at Huggins Hospital and, in 2013, was awarded the New Hampshire Emergency Room Nurse of the Year. Throughout her career at Huggins, Ingrid was admired for her leadership, compassion, and natural ability to deliver skillful, calming care.

Though soft spoken, Ingrid led by example and innately understood how to bring people together. She cultivated that in her work and faith communities, serving as president of the Unitarian Universalist Fellowship in Tamworth.

More than anything, Ingrid loved her family, friends, and being outdoors. She was the happy wanderer in all seasons, on foot, skates, or skis. Nature was her solace and inspiration.

ALS took Ingrid’s body, but not her spirit. With unwavering love and support from her community of friends and family, near and far, Ingrid treasured each new day and those who helped her through these final years. Following her death on a perfect October day, these same people laid her in a simple pine box and carried her to Fowler’s Mill Cemetery, where she ended her earthly journey wrapped in a blanket of flowers and evergreen boughs.

A memorial service will be held at 2 p.m., Sunday, Dec. 11 at the Tin Mountain Conservation Center in Albany, N.H.