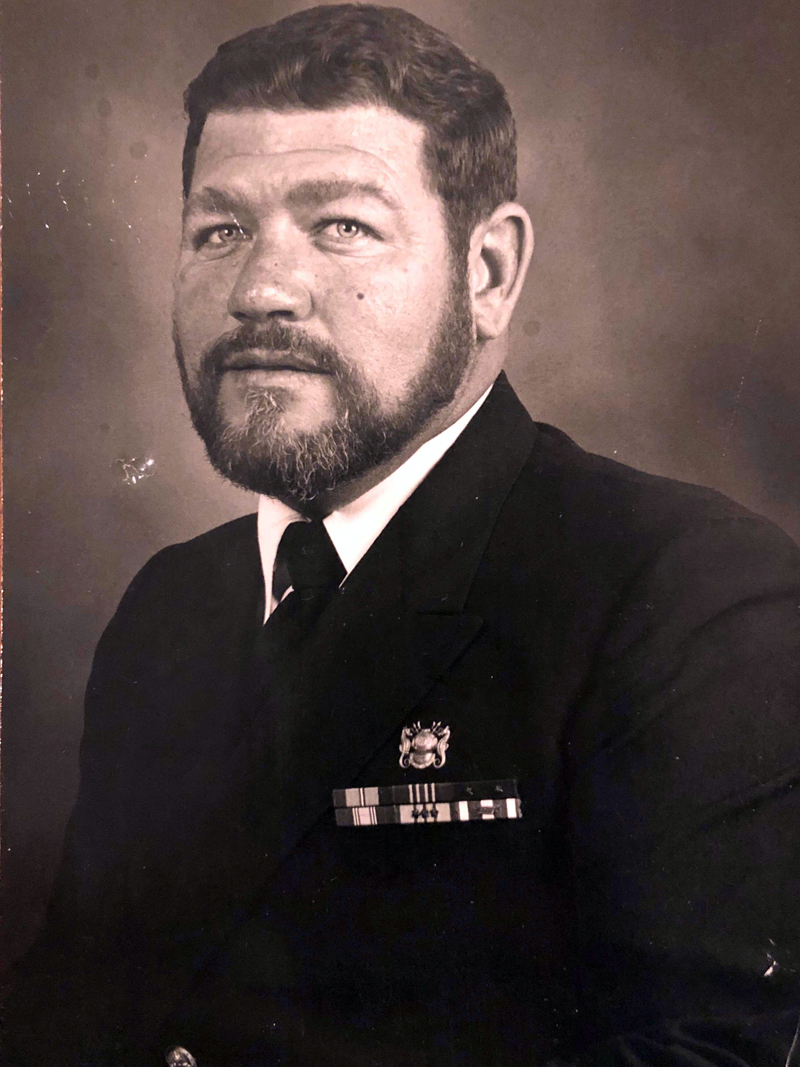 Jack Nolan Hood, 74, of South Bristol, passed on Dec. 11 after a brief illness. He was born April 1, 1943 to John Hood and Pauline Womack-Hood in Carlsbad, N.M. Jack’s caring nature and hard working, no quit attitude were seen and felt by many.

Above all else, Jack was a family man. He always sought to ensure his family and friends were well cared for. Jack was selfless and surely passed that trait onto his children. He was happiest BBQ-ing for his children and their friends, listening to their stories and always sharing laughs. Jack always wanted to make sure everyone was happy and had full bellies, wanting nothing in return. He proudly attended all his children’s sporting events. He truly enjoyed supporting his sons and the kids in the community. Jack left his mark on every person he met and was happiest surrounded by his children and grandchildren.

Jack chose to join the Navy in 1960 at age 17. As an underage recruit, he needed to be sponsored by his brother John Hood. He trained as an engineman and went on to become a deep-sea salvage diver. He made continuous rotating trips to Vietnam over a period of five years. He was a true hero, bronze star and Purple Heart recipient. Jack was, in military terms, a Mustang. He started as an enlisted seaman recruit and rose through all the enlisted ranks to Master Chief Petty Officer. Jack didn’t stop there and became a Limited Duty Officer to end his 20-year Navy career as LT Jack Hood.

After retiring from the Navy, Jack continued to use his experience to work on ships. He worked as a merchant marine on steam engines. Jack managed an engineering department on a large vessel in Alaska. In retirement Jack worked tirelessly to help his neighbors and better his community. He supported the ministries of pastors, including his wife, Elizabeth. He enjoyed upholding the integrity of all church buildings. He felt strongly about ensuring all churches were well maintained. Jack was also an avid outdoorsman. He hunted every season, his proudest moment as a hunter was his prize bull moose.

He was preceded in death by his parents; and brothers, John, Jimmy, and Pete.

A celebration of Jack’s life along with military honors will be held on at 11 a.m., Sat., Dec. 16 at the Phippsburg Congregational Church. Rev. Holly Morrison will officiate the service. Reception to follow in the Linden Tree Meeting House.