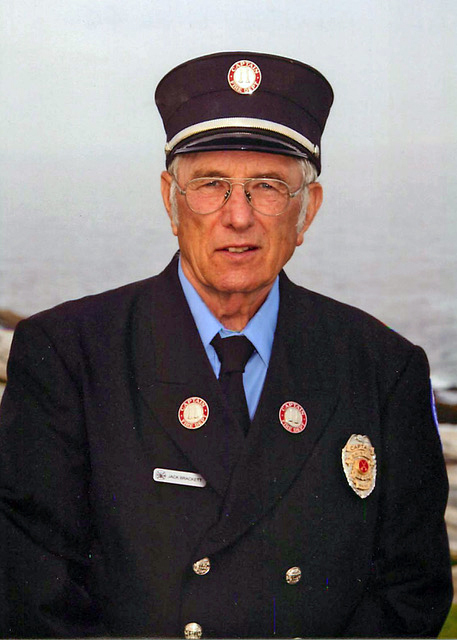 Jack graduated from Bristol High School in 1954, and married Isabel Olson later that same year. He went on to pursue his interest in commercial fishing, and spent several years working on the ocean. In 1971 he started his own business, Brackett & Sons Well Drilling, retiring from that in 2008.

He was a member of Bristol Fire and Rescue for over 65 years, and served the department as captain for several years. He joined the Bristol Masonic Lodge in 1976, and remained active there until his passing. He was also a member of the Maine Ground Water Association, and volunteered for the Caring for Kids lunch program in Bristol.

A strong yet caring man, Jack loved to share his knowledge of history with the Bristol Historical Society. Above all else, his most cherished moments were being with family.

Besides his parents, he was predeceased by his son, Gary in 2012.

Due to the current limitations on gatherings, a private graveside service for his family will be held at the New Harbor Cemetery. A public memorial service will be announced, and held, at a later date.

In lieu of flowers, memorial contributions may be made to Caring for Kids Program, P.O. Box 142, New Harbor, ME 04554.