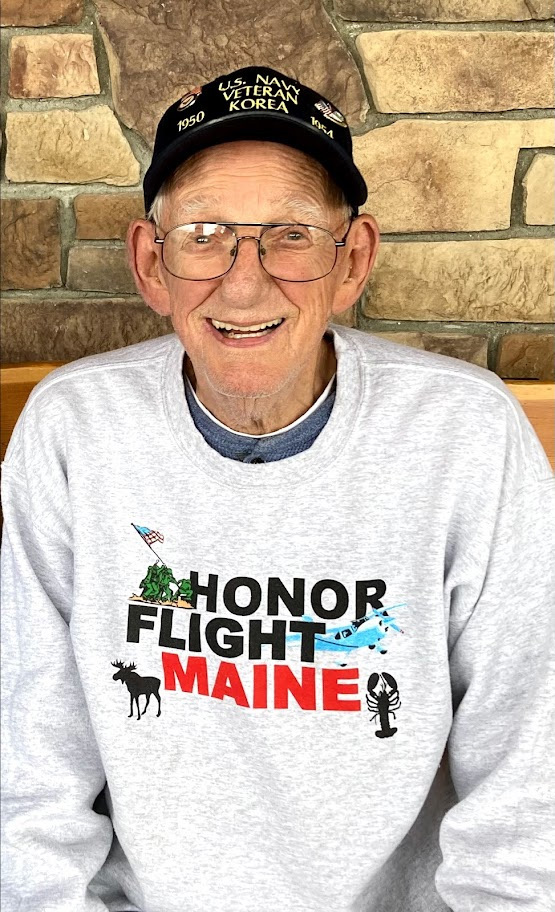 He was born July 26, 1931, in Rockland to James Arthur Smith, Sr. and Dorothy Lurvey Colby Smith. He was the last surviving member of an extended family that included brothers, Kenneth, Ralph, and Chester Colby and sisters, Ruby Makinen, Bunny Hoffses, and Evie Winchenbach.

He leaves his wife Sally (Elwell) Smith, who fell in love with him as a young girl and never stopped for over 60 years; his four children and their spouses, Terry (Smith) and Steve Brobst, Susan (Smith) and Tom Pelletier, Jim and Cathy Smith, and Tom and Dawn Smith. He had seven grandchildren, Adam, Erik, Daniel, Jessica, John, Robyn and Abby as well as two great-grandchildren. He also had Diane Russell as his friend and very caring nurse and his friend John who helped him with all his “crazy” projects.

Jimmy led a full and hard-working life. He had a paper route at an early age to help out the family and won a trip to NYC and a bike from the Portland Press Herald after WWII for his great selling abilities. With his dog Rover at his side, he explored every inch of Rockland, including climbing lime kilns for pigeon eggs to sell, using the sewers as his own streets, and even rescued a baby that had fallen into Rockland Harbor. In later years, he enjoyed taking people to Rockland and pointing out the sites of his great stories. He joined the Navy at 18 and was immediately sent to Korea for four years as a boatswain’s mate and gunner on a destroyer. He saved many a wounded soldier with his swimming skills.

After the Navy he was headed to California, stopping along the way to earn some money, he met the love of his life. They married and he built his own house for her and his growing family. He worked in plumbing and heating all his life, owning his own business as a heating contractor for many years. His children remember sitting “patiently” while their father talked for hours with all kinds of people. He ended his working days at BIW.

He was a self-taught man who loved to read and learn things. No one touched his three daily newspapers before him and if his kids had a question, he’d pull out the reference books and learn with him. He instilled a love of knowledge and exploring to his children and grandchildren. He was well known at the local library and bookstores. He is remembered by all who knew him as a “character” and no one ever forgot him once they met him.

In retirement, he enjoyed biking, camping, and hiking every mountain in Acadia with Sally and especially enjoyed reading about the abandoned trails in Acadia, finding and exploring those as well. Many days, he and Sally would head off in the morning and you never knew where they’d end up. He made a cross-country trip with his wife, and friends Diane and Paul. He enjoyed visiting San Francisco, as well as many of the parks throughout the West including the “City in the Rocks.” He and Sally also traveled to various cities for ship reunions. In his later years, he was honored by the Winslow-Holbrook-Merritt American Legion with his Navy photo on the Veteran’s Wall in Rockland as well as participating in the Honor Flight of Maine to Washington, D.C. with his fellow veteran Wayne.

Jimmy’s family will remember him privately as he is laid to rest at the Maine Veterans Memorial Cemetery in Augusta. In lieu of flowers, donations can be made in his name to the Skidompha Library, 184 Main St., Damariscotta, ME 04543; or Quilts of Appreciation for Veterans, c/o Pat Johnston, 93 Back Meadow Road, Damariscotta, ME 04543.

To share a memory or condolence with the Smith family, please visit their Book of Memories at bchfh.com.