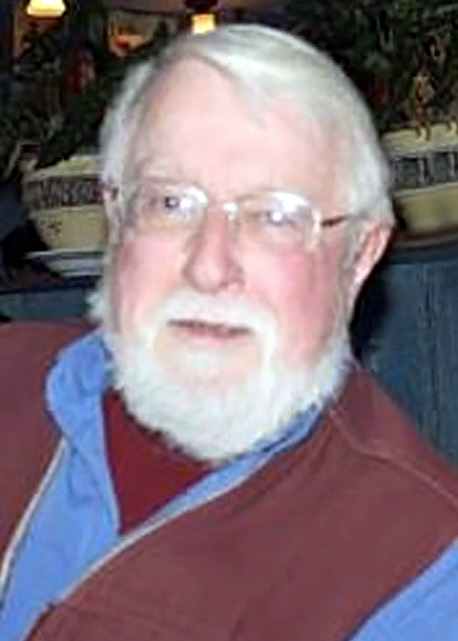 October 12, 2021, was a glorious sunny day with temperatures in the 70s. It was the kind of day Jim Dailey would have relished, whether he was camping, working in the woods or in his garden, or just gazing out over the yard from his favorite chair on the porch. Regrettably, he did not get to enjoy it, as that was the day he lost his brave battle with cancer and multiple complications.

Jim was born on April 2, 1938, in Mineola, N.Y., the firstborn son of James Dailey, Jr. and Phyllis Mitchell Dailey. When Jim was 12, his family, which now included his brother Bill and his sister Paddy, moved to New Milford, Conn., where they had a home on Candlewood Lake. Jim loved to sneak down to the dock to watch thunderstorms at night, and he was still doing that on his porch in Jefferson at the age of 83.

After graduating from New Milford High School, Jim attended the Paier School of Art, which was then located in New Haven, Conn. His first job when he graduated was as a book designer in the elementary and high school textbook division of Prentice-Hall in Englewood Cliffs, N.J. There he met his wife, Genie Ferrier, who was a copyeditor in the same department, and they were married on May 10, 1969.

A few years later, Jim began freelancing as a book designer for publishing houses in Manhattan, and in 1971, he and Genie moved to Bridgewater, Conn., where they built a home and freelanced together for several years. Eventually the lure of a more self-sufficient lifestyle drew them to look for property where they could raise a few animals and live closer to nature. Their search took them to the West and the Midwest, and eventually to Maine, where they quickly decided on an old homestead site with a stream and many acres of trees (standing firewood) in Jefferson.

In 1975, Jim and Genie started building their home, which is sided with boards that were harvested on their land and milled at a nearby sawmill, and Jim worked with the sawyer during the cutting. Eventually, Jim turned to carpentry, at first working with others who were building houses, and later becoming an independent contractor.

Jim and Genie raised many farm animals over the years and grew vegetables they sold at the Damariscotta Farmers’ Market for a few years. They were not completely off the grid, but they enjoyed raising much of their own food, and they loved the comfort of the woodstoves that burned fuel Jim had cut on their land. Now the remaining racks of that fuel will continue to warm their home for several years to come.

Jim’s brother, William M. Dailey, predeceased him in September 2019, also losing a long struggle with cancer. Jim is survived by his wife of 52 years, Genie; his sister, Paddy Hannigan and her husband Patrick of Wakefield, R.I.; niece, Terry Stapf, her husband Bill, and their boys, William and Nicholas; nephew, Patrick J. Hannigan, his wife Kim, and their two boys, Jack and Matthew; niece, Meghan Hogrefe and her husband, Rick; sister-in law, Diane Dailey; niece, Renée Dailey and her husband, Bill Ayles; and sister- and brother-in-law, Lucy (Ferrier) Norman and Don Norman, as well as many loving cousins, friends, and neighbors who will miss him greatly.

Funeral arrangements are under the care of the Strong-Hancock Funeral Home, 612 Main St., Damariscotta, with visiting hours from 3 to 5 p.m. on Tuesday, Oct. 26. A memorial mass will be celebrated at 11 a.m. on Wednesday, Oct. 27 at St. Denis Church, Grand Army Road, Whitefield. A luncheon reception will follow the service at The Fusion of Windsor, 243 Ridge Road (Route 32), Windsor.

Jim loved flowers, and floral gifts may be sent to the funeral home for delivery on Oct. 26.

In lieu of flowers, memorial donations may be made to the Harold Alfond Center for Cancer Care through the website for Maine General Health.

Condolences, and messages for his family, may be expressed by visiting stronghancock.com.