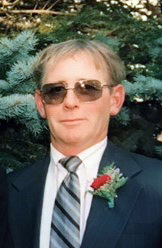 He was born in Bath on Jan. 21, 1947, a son of Clinton D. and Gladys G. (Rines) Kaler. Jim attended Wiscasset schools and graduated from Wiscasset High School in 1966. He was employed by Floods Marine in Wiscasset and later at Bath Iron Works, retiring in 2010.

Jim volunteered at the Newcastle Fire Department for 47 years.

He enjoyed stock car racing as a driver in his late teens, then again in 1993, when he had a team and owned his race car. He was also an avid sportsman.

Jim is survived by two sons, James E. Kaler Jr. and his wife Layne of Newcastle, and Clinton Kaler and his wife Tamara of Walpole; one brother, Dean Kaler and his wife Gail of Pennsylvania; one sister, Joan Kaler of Wiscasset; four grandchildren, Kaitlin Kaler, A.J. Kaler, Payson Kaler, and Natalie Kaler; many nieces and nephews; and lifelong close friend, Cathy Kaler.

There will be no services at this time.