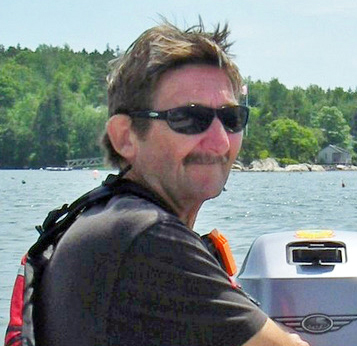 James Francis Morkeski was born in July 1947 to Frances Marcella (Coppinger) and J. Joseph Morkeski, in Lawrence, Mass., and grew up in the neighboring town of North Andover as the oldest of six children. He was baptized and confirmed and attended school in St. Michael’s Parish, where the stained glass window of the archangel slaying the dragon made a lasting impression.

His performance in ROTC as a high school student qualified him for college scholarships, which he declined in order to join the Marine Corps, following in his father’s footsteps. He was trained to be an aviation ordnanceman and served for four years, including a 1967-68 tour of duty in Vietnam during some of the heaviest action of the war.

The horrors he had experienced and the challenges of returning home would stay with him for the rest of his life. But his uncanny ability to observe and describe the beautiful and interesting facets of this world also never fully left him and was the basis of the many, varied stories he told and the one-liners he honed.

He loved to explore by bicycle and boat and to play guitar. He found employment as a sailor, a carpenter, a boatbuilder, and a fisherman and taught himself the skill of computer programming when it was a burgeoning field in the 1980s. He then worked for the Nuclear Regulatory Commission and several software firms in Massachusetts and New Hampshire. He fell in love at first sight with Linda Farrin. They were married in 1980 and had three children. They moved to Damariscotta in 2005 and divorced in 2013.

He leaves his siblings, Maureen, Judy, Mike, Jerry, and Jane; his children, Kate, Anna, and Jesse; his four grandsons, Adrian, John, Julian, and Dylan; and many nieces, nephews, and true friends. The friendships he made in the Midcoast and cruising the beautiful Damariscotta River were sources of great fun and deep solace for him, and he will be missed by friends and family alike.

There was an informal gathering to remember Jim, outdoors at Schooner Landing, on Sept. 12. He will be laid to rest privately at the Maine Veterans Cemetery in Augusta at a later date.