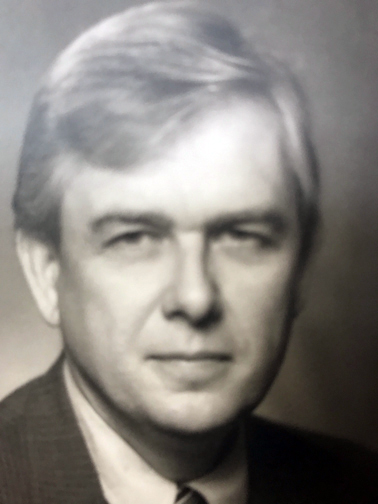 His parents moved to Glen Rock, N.J. in 1945, where Jim graduated from Ridgewood High School in 1951. He attended the University of Virginia until 1953, then was drafted into the U.S. Army in 1954. He served with the Army Security Agency as a Radio Operator in Korea monitoring North Korean and Chinese radio activity until discharged in 1956.

He married Patricia Boyle of Ridgewood, N.J. in 1961. He returned to the University of Virginia, and graduated in 1963, with a Bachelor of Civil Engineering degree. Upon graduation, he joined The Lummus Company, a major international engineering, procurement and construction firm as a field engineer and retired from ABB Lummus Global after 35 years of service in 1998.

His working career included numerous field and office assignments in the USA, Canada, UK, Venezuela, and Iraq, including the 1.4 billion dollar Great Plains Coal Gasification Plant in North Dakota in 1983 – the largest turn-key petrochemical project ever built in the USA at the time, on schedule and under budget, which led to a position as vice president-construction/Eastern hemisphere. Due to a reduction in force in 1986, he held a position as VP-project controls for Leher/McGovern, a construction firm in NYC, for six months. He returned to Lummus/Global as a construction director and project director on a number of multi-million dollar projects in Iraq, USA, Siberia, and Saudi Arabia until his retirement in 1998.

He spent his retirement years split between his homes in Maine and Florida, with a short sojourn in Costa Rica, peddling hot dogs from a Sabrett hot dog cart. He enjoyed his golf, and tinkering and driving his many antique cars, especially his MG-TC, Jag XK-120 and Alfa Romeo Giulietta, and his Harley Low Rider.

He is survived by children, Timothy and wife Nicola, Cynthia, Jonathan and wife Cynthia, Jesse, and Michael; as well as grandchildren, Lukas, Nicholas, Ian, Abigail, James, Dale and Patricia.

In lieu of flowers, donations may be made to the American Cancer Society, 1 Bowdoin Mill Island, #300, Topsham, ME 04086.