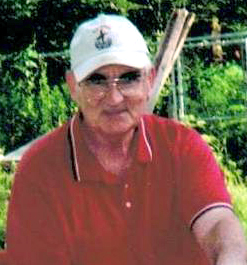 James A. “Jim” Keithan Sr., 70, passed away Oct. 29 in Bath. He was born on Oct. 19, 1946 in Norwood, Mass. to Norman and Sadie (Sprague) Keithan. James moved to Montville in 1958 to live with his grandparents, he attended school in Unity and graduated from Unity High School. He attended University of Maine at Orono for one year before being drafted into the U.S. Army. He served with the Army from April 9, 1968 to April 8, 1971. He completed his business education at Thomas College in Waterville. He had been employed in the accounting department at Bath Iron Works.

On July 27, 1991, James was married to Maureen Rogers. He loved playing golf and spent many days at the Brunswick Golf Course. He also enjoyed bowling.

He was predeceased by brother, John Keithan.

Visiting hour will be from 12-1 p.m., Fri., Nov. 4, at Brackett Funeral Home, 29 Federal St., Brunswick. A funeral service to follow at 1 p.m. with Pastor Robert Beaumont officiating. Interment with military honor will be in the Maple Grove Cemetery in Dresden.