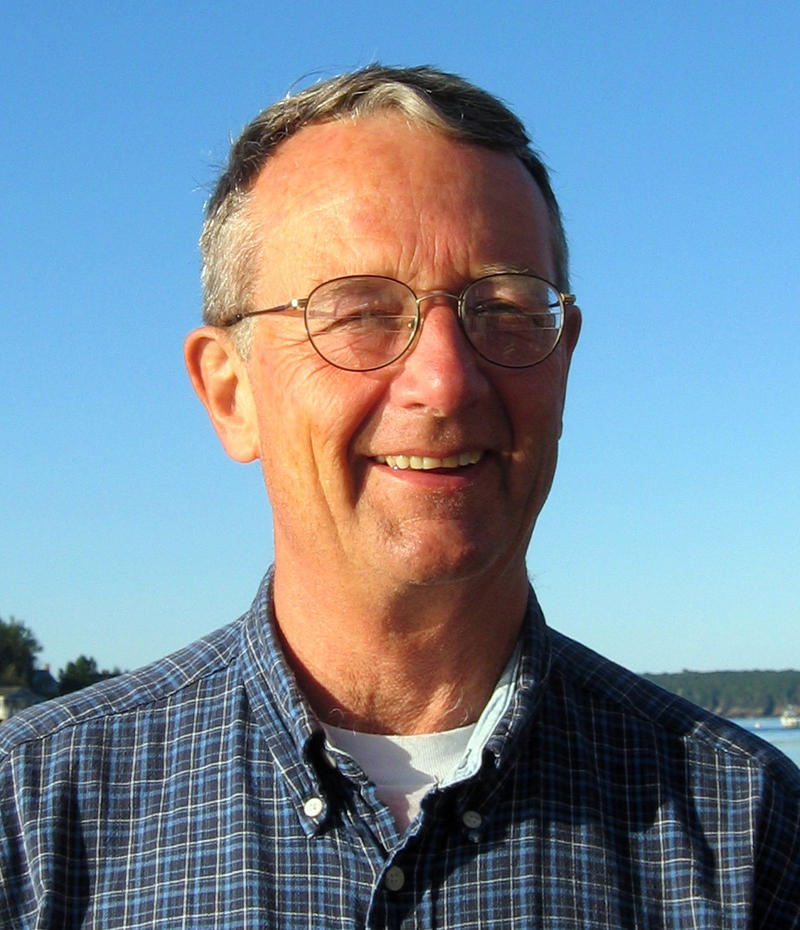 James “Jim” Michael Acheson, age 84, of Portland, passed away unexpectedly at Maine Medical Center on Tuesday, June 28, 2022 with his wife of 50 years, Ann, and several other family members by his side. He was a longtime resident of Bangor, Maine until recently.

Jim was born May 2, 1938 in Dover, N.H., son of the late James M. and Mary (Petrov) Acheson. When he was 3 months old, the family moved to Maine, eventually settling in Augusta where Jim and his four brothers grew up. His father was in the hotel business and came to own eight hotels in Maine and New Hampshire, including the Augusta House. Jim lived and worked in several of these hotels in the first 22 years of his life, instilling in him a strong work ethic.

He received his bachelor’s degree from Colby College in 1962, majoring in biology and sociology, and his Ph.D. in anthropology from the University of Rochester in 1970. During this time, he also served in the Coast Guard Reserve (1960-1965).

Jim was a faculty member at the University of Maine from 1968-2013, with a joint appointment in anthropology and the School of Marine Sciences. He served as chair of the Anthropology Department and as coordinator of the Marine Policy program. He also had visiting appointments at the National Marine Fisheries Service in Washington, D.C. and at several other academic institutions. Colleagues described him as the consummate professor for his rigorous teaching. While expecting much of his students, he treated them with care and consideration no matter their background.

Early in his career, Jim did field work in Mexico with a focus on economic development, but is best known for his work with the Maine lobster industry and its system of self-governance. His lobster-industry research has had important practical as well as theoretical impacts. He was integral in the establishment of a co-management system in Maine between the government and the fishing industry that has become a national and international model. Jim was an eminent, internationally-recognized scholar, whose work transcended disciplinary boundaries, including anthropology, economics, biology, public policy, and natural resource management. He received three National Science Foundation grants and authored over 90 articles in professional journals, along with five books, including “The Lobster Gangs of Maine” (1988) and “Capturing the Commons: Devising Institutions to Manage the Maine Lobster Industry” (2004). At the University of Maine, he received the Presidential Research and Creative Achievement Award (2005) and was named as Distinguished Maine Professor (2009). In 2004, he received the Solon T. Kimball Award for Public and Applied Anthropology from the American Anthropological Association, an honor given every two years for outstanding achievements contributing to the development of anthropology as an applied science and which have had important impacts on public policy.

Jim enjoyed being at the family’s camp in Pemaquid, where a favorite pastime was wielding his chainsaw to keep the woods at bay and then enlisting his (sometimes unwilling) brood to drag brush into a pile for a huge bonfire. He loved big gatherings at the camp and never seemed to mind how many people piled in – as long as he had a bed. Jim was a wonderful storyteller and could create marvelous tales on the spot.

In his last years, Jim faced Parkinson’s disease with strength and resilience. It would have been easy for him to give up in the face of this diagnosis, but he continued with daily exercise. Always a lifelong learner, he played chess on the computer daily and continued his voracious reading, especially history.

The family would like to thank his caregivers Farah Paradise and Tracy Young from Comfort Keepers for the wonderful support they gave.

Visiting hours are 4-7 p.m. Thursday, July 7 with a celebration of life at 11 a.m. Friday, July 8, both at Jones, Rich and Barnes Funeral Home, 199 Woodfords St., Portland. Masks will be required. Interment will be at 11 a.m. Saturday, July 9 at the Harrington Cemetery, Bristol. You may offer your condolences or share your memories at jonesrichandbarnes.com.