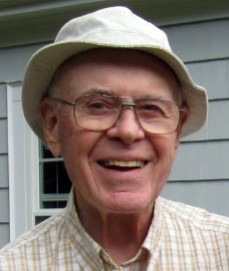 James (Jim) Ryder, of Nashua, N.H., entered into eternal life on April 19, 2020 at his home surrounded by family. He was born on May 30, 1933 in Pawtucket, R.I, son of the late John Patrick and Virginia Loretta (Nadeau) Ryder. He was predeceased by his brothers, Austin and Bernard Ryder.

After graduating from St. Raphael’s Academy in 1951, Maryknoll College in 1955, and serving in the U.S. Army in Germany for two years, Jim married Rosaria Pagano in 1957. He has an MSW, Boston College, 1959 and an MBA, University of Rochester, 1971. Over their 62-year marriage, Jim and Ro lived in Dorchester, Mass.; Scotia, Owego, and Rochester, N.Y.; Pittsburgh, Pa.; Concord, Mass.; Jefferson; and Nashua, N.H. In each place, Jim touched the lives of many, always wanting to help people reach their full potential despite any limitations they may have. He had a great sense of humor, a strong faith, a great love for his family, valued his independence, liked to play tennis and take long walks. One of his favorite sayings was “Problems are always opportunities.”

To share an online message of condolence, please visit dumontsullivan.com.

The Dumont-Sullivan Funeral Home in Hudson, N.H. is in charge of arrangements.