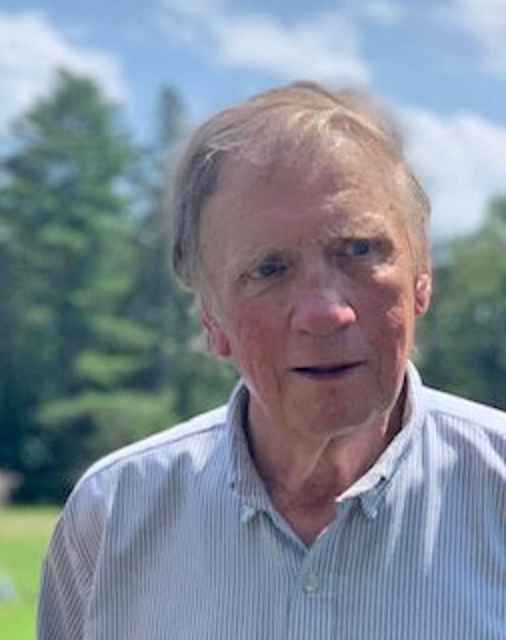 James Rivington Pyne, a resident of Waldoboro for 39 years, died at a hospice in Brunswick Jan. 19, 2022.

Riv, as he was known to his family and friends, was born in Bryn Mawr, Pa. in 1945, the oldest son of H. Rivington Pyne Jr. and Lydia Fulweiler Pyne. He graduated from St. Andrew’s School in Sewanee, Tenn., in 1964, received a B.A. from the University of Pennsylvania in 1968, and an M.A. from Cambridge College/Antioch in 1973.

After graduating from college, Riv taught high school English in the Philadelphia School System for 15 years. Over the next three years, he researched and wrote a book about his namesake and ancestor, James Rivington (1724-1802).

Riv’s family has been summering and residing in Bremen since 1934. He was a life-long summer resident and spent the better part of his 16th year tending the family store in Bremen and living at Stahl’s Tavern in Waldoboro. He moved to Waldoboro permanently in 1982.

In 1985, Riv became interested in making sculptures. Essentially self-taught, he worked in steel, wood, epoxies, clay and casting stone. His major works were cast in bronze. He exhibited in numerous invitational and juried shows in Massachusetts, Pennsylvania, Rhode Island, New Jersey, South Carolina, and Maine. Riv is represented in galleries in Maine and California. He was a member of the New England Sculpture Association.

Riv’s spirituality was an important part of his life and a guide for him. In addition, his family and friends will always remember him for his wry sense of humor, his great intellect, and his unlimited curiosity and understanding of the human condition. He had many joys, above all was the romance he had with his wife, and also his love of Classical music, Maine in all its splendors, and in his art.

He is survived by his wife, Jane Surran Pyne, of Waldoboro; his siblings, Lydia Pyne Mott, of Damariscotta, Joseph H. Pyne, of Houston, Texas, and L. Blair Pyne, of Bremen; and numerous nieces and nephews.