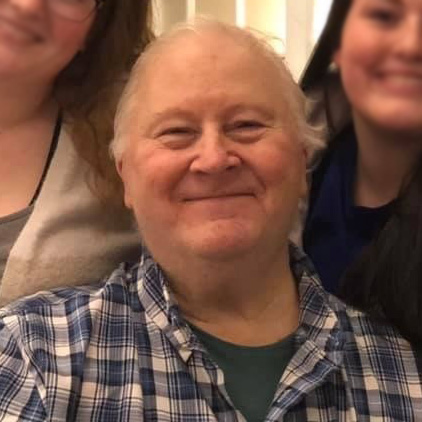 James W. Allen, 78, died unexpectedly July 16, 2021 at his home in Jefferson. James was born March 2, 1943 in Worcester, Mass. to Edward Knight Allen Jr. and Althea Weldon Allen. He grew up in Worcester and Shrewsbury, Mass. and graduated from Tilton Boarding School in New Hampshire.

James was a construction worker for five years until he was injured and could no longer work. He enjoyed taking computers, engines, solar panels apart and putting them back together better than he found them. He also enjoyed making small steam engines.

He was a character, loving husband, father, grandfather, and friend. He liked to go moose hunting, fishing, wood-working, farming, watching wildlife outside his home, and feeding his pet chipmunk, Chipee. He was also a ham radio operator, KQ1H.

He was predeceased by his parents; and by a son, James Edward Allen in June of 2019.

He is survived by his wife of 57 years, Ruth Allen, of Jefferson; daughters, Kristina DeRaps and her husband Christopher, of Jefferson, Althea Harris and her fiance Doug Wharton, of West Gardiner; daughter-in-law, Shannon Allen, of Missouri; grandchildren, Shelby, Paige, Stephanie, Adam, Justin, Trace, Audryanna, and Emelyn.

A service to celebrate James’ life will be held at the Windsor Christian Fellowship Church, 9 Reed Road, Windsor on Thursday, July 22 at 10 a.m. with Pastor Brandon Dyer officiating.

Should friends desire, contributions in James’s memory may be made to the Kennebec Valley Humane Society, 10 Pethaven Lane, Augusta, ME 04330.

Arrangements are entrusted to Hall Funeral and Cremation Services, 949 Main St. in Waldoboro.