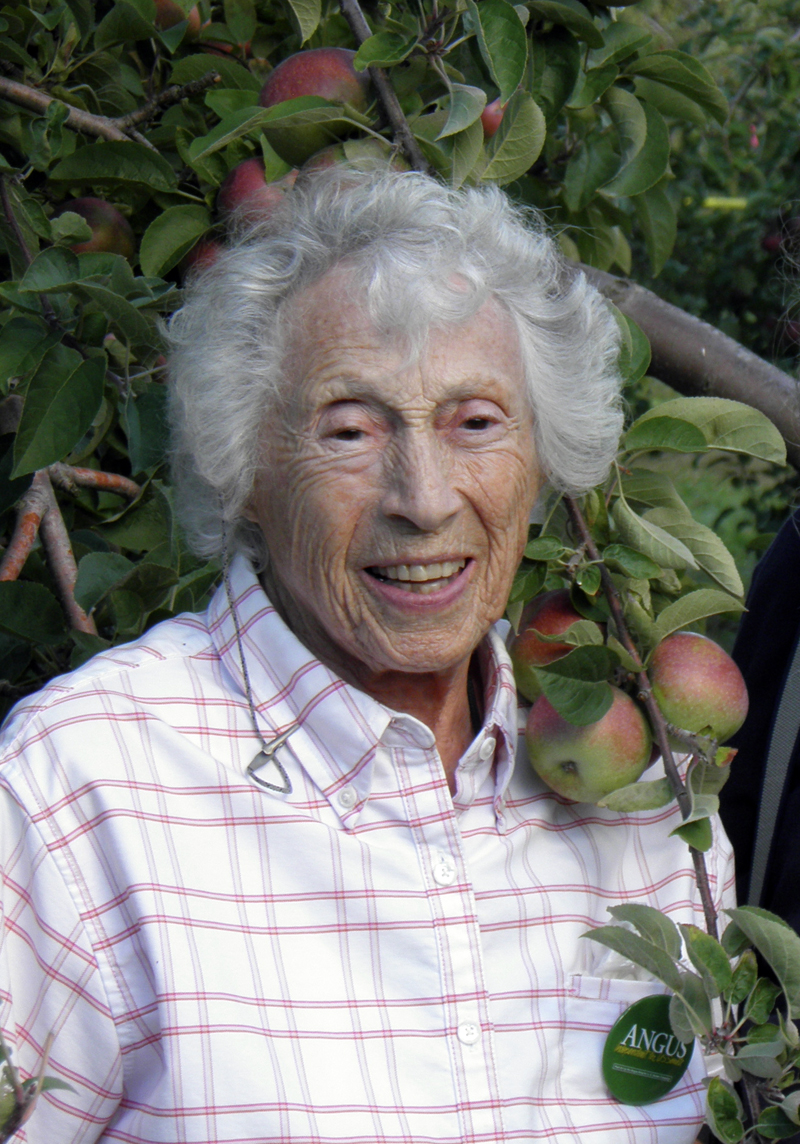 Jane Lichtman, age 99.5, affectionately known as the “Mayor of Main Street, Waldoboro,” and to many as “Nana” or “Bubbe,” passed away peacefully on April 5, 2022, in Camden.

Marjorie Jane Davidson was the second daughter of Marion (née Oppenheimer) and Morris Davidson. She was born in Philadelphia, Pa., on Sept. 26, 1922. She was a lively tomboy who much preferred climbing trees, roller skating, and causing neighborhood havoc rather than sitting quietly in school. Jane first fell in love with Maine at an overnight camp when she took a train as a five-year-old from Philadelphia to Camp Waziyatah in Harrison. She looked forward to it every summer and eventually helped manage the dining hall as a teenager.

Jane married Robert Lichtman on Dec. 11, 1941. The family relocated many times throughout the country with their three children. They retired to Waldoboro in 1988 following her son John and wife Jackie’s move to Friendship. Jane believed strongly in community service and throughout her life she volunteered at hospitals, museums, her children’s Scout trips, synagogues, and a variety of non-profit organizations.

Jane quickly rose to a regional leadership position with Hadassah, a Jewish women’s group, which was a great source of pride. Many remember her involvement with the Waldoboro Woman’s Club, Waldoboro Food Pantry, Waldoboro Recreation Committee, Waldoboro Days, along with her work at Clark’s Drug Store and the Waldoboro Library. Her dedication to her community inspired two of her granddaughters to pursue Masters in Social Work.

Jane was known for her daily walks wearing her signature reflective vest with her beloved little dog, Peanutz, stopping at every store to get the latest gossip. Mah Jongg was an important part of her life, she taught an adult ed class at Medomak Valley High School and organized a twice a week match (often at her apartment).

Up until 2018 Jane lived alone and enjoyed her independence; unfortunately around Thanksgiving of that year she had a bad fall (breaking her femur and several ribs) and had to spend a week at Miles Hospital. The doctors said she had four days to live, but good ole Jane proved them wrong by 1,235 days (three years, four months, 19 days). After leaving Miles, Jane was moved to the assisted living center Bella Point in Camden. Jane needed to stay busy, so even though she was failing physically and mentally she often offered to help out around the facility. The nurses allowed her to fold laundry and her Mah Jongg friends visited her for weekly matches.

On Jan. 25, the nurses believed that she was rapidly declining, she had stopped eating and was spending all day in bed. The hospice nurse thought she had days to live. Several family members rushed home to say goodbye. Although she wasn’t cognizant, their visits revived her and yet again Jane proved everyone wrong by living 71 more days.

What she loved most were her family, bringing people together, hosting dinner parties, demanding crispy fries at Moody’s, and speaking her mind. Generous in spirit, boundless in energy, small in stature, this remarkable mother, grandmother, great-grandmother, and friend will be sorely missed.

Jane was predeceased by her husband, Robert “Bob,” and is survived by her children, David (and spouse Reina) Lichtman of Spring Valley, N.Y., Barbara Newman of Salem, Mass., and John Lichtman (and spouse Jackie George) of Friendship; niece, Lynne McNeal, of Woodland, Wash.; as well as 10 grandchildren and 21 great-grandchildren.

Arrangements are in the care of Burpee, Carpenter and Hutchins Funeral Home, Rockland. Jane was a member of Adas Yoshuron synagogue (Rockland). A private burial was held at Berliawsky-Small Cemetery in Rockland.

To share a memory or condolence with Jane’s family, please visit their Book of Memories at bchfh.com.