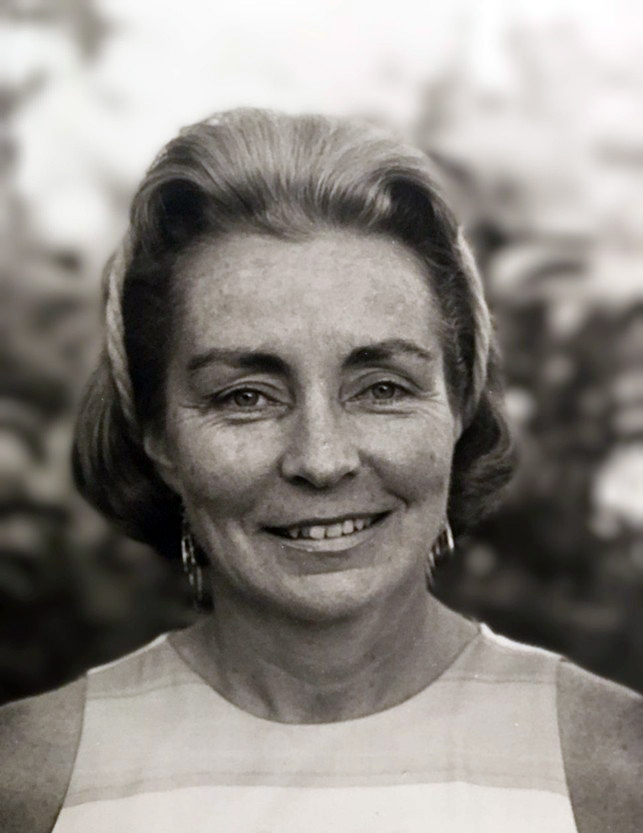 Jane was born in Washington, D.C. on Nov. 27, 1928 to Dorothy Johnson Walsh and Brigadier General Roland Walsh (U.S. Army). She was the fifth generation on her mother’s side to be born in the city. A much-recited family story that Jane greatly enjoyed recounting holds that her great-grandfather, A.E.H. Johnson, assisted President Lincoln as a White House aide coordinating telegraph communications between the President and battlefield commanders during the Civil War.

After an eventful posting in Honolulu from 1940-41, the family spent the war years at various Quartermaster postings ending in Philadelphia, Pa. Jane attended the Potomac and Baldwin schools before graduating from Vassar in 1950 following which she spent two years at George Washington University Law School before marrying William T. Glidden and starting a family in 1952. Living in Manchester, Mass. for many years, Jane was very active in her community, teaching at the Brookwood School, acting with the Manchester Players, and fundraising for the Red Cross and Cancer Society. Jane also served nine years as the Director of Christian Education at St. John’s Episcopal Church in Beverly Farms, Mass. That faith community saw the genesis of her commitment to a continuously deepening spiritual life.

Following her husband’s death in 1993, Jane moved permanently to Stuart, Fla. and after several years, was overjoyed to find love and companionship with Robert Burton whom she married in 2008. Active in golf, bridge, and tennis at the Yacht and Country Club, Jane enjoyed a vibrant circle of friends. Continuing her community engagement, she served as a guardian ad litem in Martin County. Her spiritual life was nurtured by faithful attendance at St. Luke’s Episcopal Church in Port Salerno.