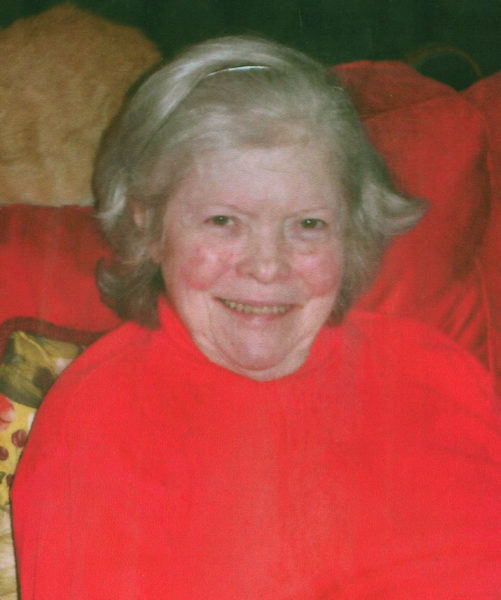 Janet June (Schaffer) Fields, 80, of Bremen, passed away peacefully with her family by her side on Oct. 11. She was born June 7, 1936, the daughter of the late Elmer Schaffer and Luella Erney Schaffer.

She attended the Coopersburg, Pennsylvania High School in 1954. Janet’s family was from Pennsylvania Dutch country, where her father and grandfather operated the town’s general store. She delivered newspapers on her bicycle (and still has the bicycle). She was always grateful to her mother who worked hard in a factory so Janet could take singing lessons and she has sung all her life. She sang in bands in high school.

After high school she was in the Women’s Air Force for three years. She sang in officers’ clubs and USO shows. She sang in competitions all over the country representing her base. She always said her years in the Air Force were the best of her life.

After the service, she married Philip McDonald II (now deceased) and moved to Connecticut.

In 1991 she married David Fields and they have lived in Bremen since then. She and David have sung in choruses, church and musical theater.

Janet enjoyed working in jewelry stores, clothing stores and being a caregiver and companion to a former neighbor. She was an Avon representative for 35 years as well as a top seller and member of the President’s Club for many years. She has always had and loved cats. Fluffy was her current cat who is part Maine coon cat. Janet enjoyed cooking, owning over 400 cookbooks. She enjoyed travelling with her husband David to Great Britain, Ireland, the Caribbean, Hawaii and Europe.

She acted and sang in over 30 musical theater shows in Connecticut and Maine. She also sang with the “Yankee Chorale” in Torrington, Conn. and the “Hearts Ever Young” in Damariscotta. She was a member of the West Waldoboro Community Church and a former member of the Bremen Union Church.

Janet is predeceased by her first husband, Philip A. McDonald II; parents; and brother, Rewellyn Schaffer.

A gathering of family and friends will be held from 10-11 a.m., Mon., Oct. 17 followed by a funeral service at 11 a.m. at the West Waldoboro Community Church, Route 32, Waldoboro with Pastor Wayne Woodman officiating.

To extend online condolences, light a candle for Janet, or to share a story or pictures, visit her Book of Memories at www.hallfuneralhomes.com.