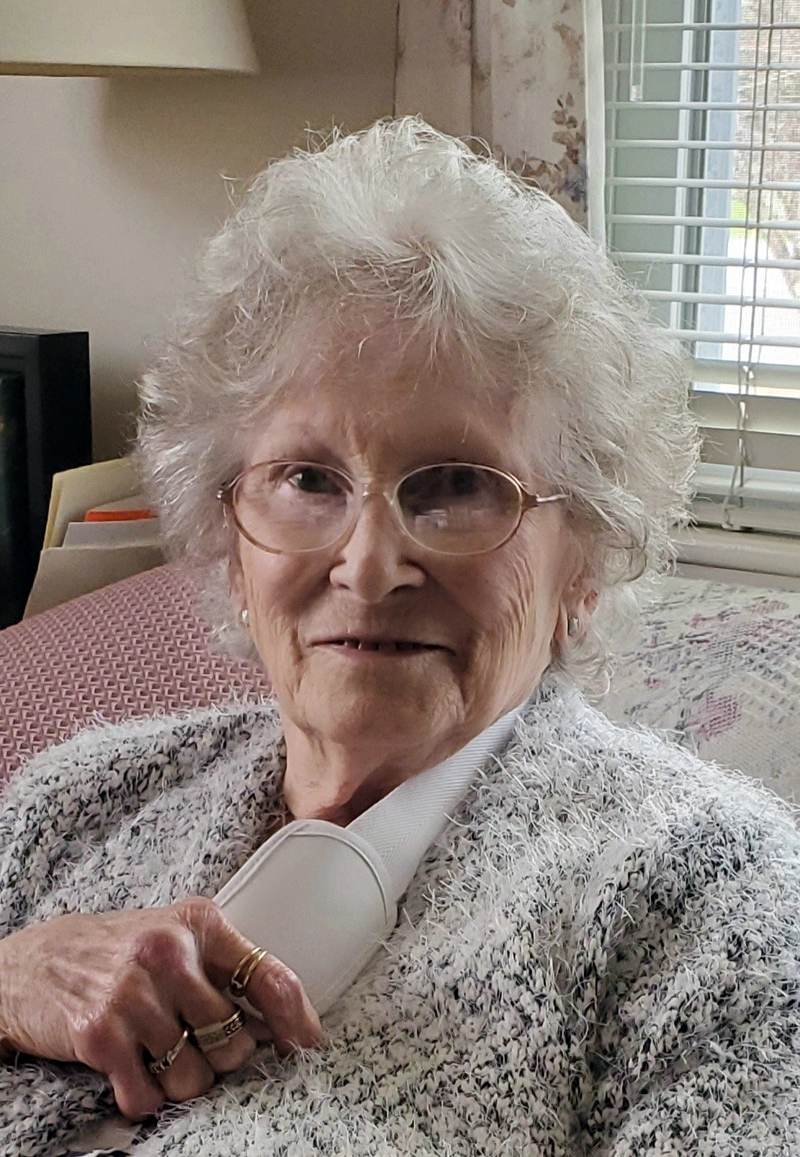 Janet Mae Gondek, 90, of Jefferson, passed away peacefully from complications due to COVID-19 with her daughter, Sharon Bailey, by her side at Pen Bay Medical Center on Jan. 25, 2021.

Janet was born in Hartford, Conn., on May 7, 1930, the daughter of Cleophas Joseph Guimont and Lillian Eva (Belliveau) Guimont.

Janet grew up in Glastonbury, Conn. and graduated from Glastonbury High School in the Class of 1949. She was a homemaker, raising her children from 1952 until 1978. She then attended and graduated from Manchester Community College, obtaining an associate degree as a medical secretary in 1980.

She lived most of her life in Connecticut and Charleston, R.I., where she had a summer home. She started summering in Hope in 1990 after her children relocated to the state and spent the winters in Port St. Lucie, Fla. She then moved to Jefferson in 1995. Janet and Francis built a summer lakeside home on Sheepscot Pond in Palermo in 2003.

Janet enjoyed knitting, smocking, and needlework. She was very creative and had a talent for making her own designs and patterns. She donated many of the sweaters, hats, mittens, and booties she made to the area homeless shelter for women and children. She also enjoyed baking, reading, and taking rides to the ocean to see lighthouses and listen to the waves crashing. She cherished and spoiled her many dogs, always dachshunds who provided her with unconditional love and companionship. She will be sadly missed by Gunther, whom she rescued from a shelter in 2018.

She was a most caring, loving, and kind wife, mother, grandmother, great-grandmother, and friend. Her life was devoted to her family, always putting them first and loving them unconditionally. Spending time with the children in her life brought her tremendous joy and light, fostering her silliness, her great sense of humor, and her nurturing ways.

The family will hold a memorial service in the spring.

Donations in her memory can be made to the Jefferson Area Community Food Pantry, P.O. Box 208, Jefferson, ME 04348. Make checks out to St. Giles with “JACFP” in the memo.