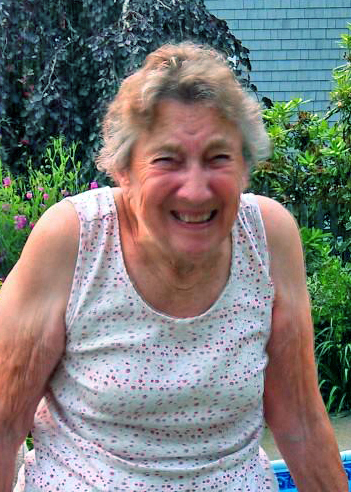 Jean Ann Johnstone, 90, of Damariscotta, passed away on Oct. 18 at the LincolnHealth – Miles campus, after a brief illness. Jean Ann was born on Nov. 7, 1925 in Mars Hill, the daughter of Harold Libby and Alice Libby (Burns).

Jean Ann graduated from Maine Central Institute in Pittsfield and Eastern Maine General, now Eastern Maine Medical Center, on an accelerated program with a degree in nursing. She worked as an emergency room nurse at Eastern Maine General, and later at Franklin Memorial Hospital. She retired from nursing to raise her family, and in later years was a music teacher in the North Anson school system.

Jean Ann was an active member of the Order of Eastern Star, and served as Grand Martha and as District Deputy for the Grand Chapter of Maine.

After retiring from teaching, Jean Ann and husband Brad owned and operated the Family Store in Skowhegan where her pies were legendary.

Jean Ann enjoyed playing her piano and singing, baking, gardening, helping her husband with his many projects, and taking care of her large family which was always first in her heart.

Jean Ann was a member of Columbia Street Baptist Church in Bangor, North Waterboro Community Baptist Church where she was an enthusiastic volunteer in the Clothes Cupboard, and finally, after moving to Damariscotta to live with her daughter Karen, a valued and loved member of Damariscotta United Methodist Church.

In 1948, Jean Ann married the love of her life, Bradford W. Johnstone Sr.

Donations in her memory may be made to the Damariscotta United Methodist Church Pet Pantry, PO Box 1053, Damariscotta, ME 04543.