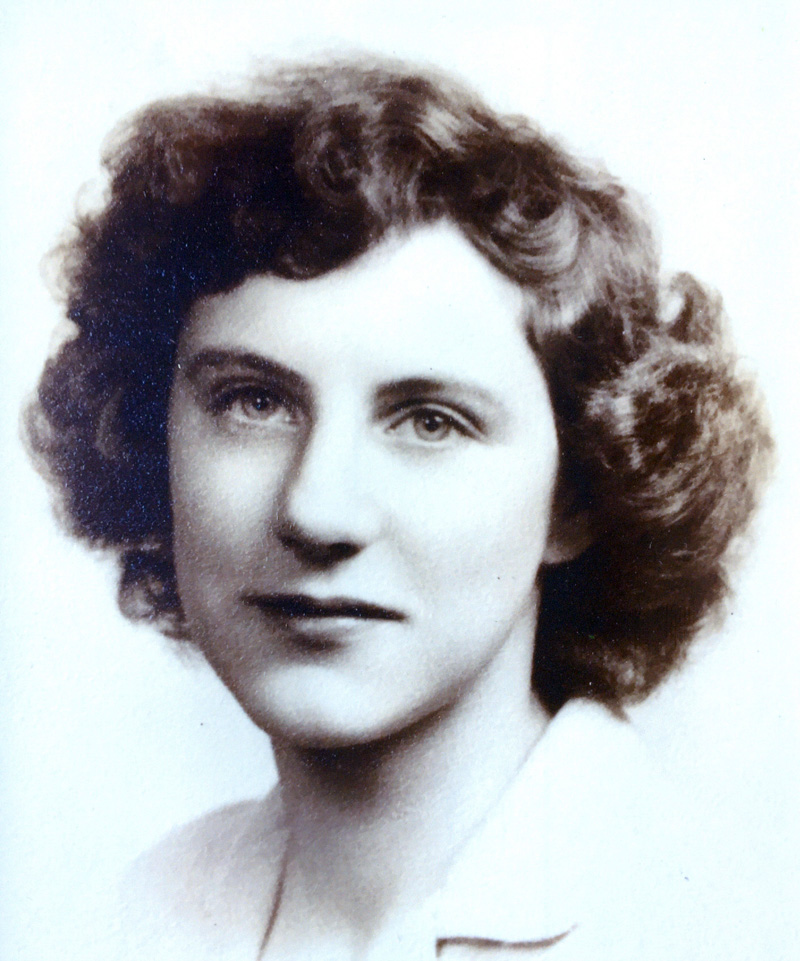 She was born in Wiscasset on Sept. 20, 1925, a daughter of Oscar D. and Lillian (Blair) Bailey, the eldest of three sisters.

Jean graduated from Wiscasset Academy in 1943. After graduating from high school, she went to Boston to attend Bryant and Stratton Business College. After her graduation she returned to live in Wiscasset.

On Sept. 8, 1946 she married James C. Sutter. They made their home in North Newcastle, where their first child, Susan, was born. In the late 1940s they moved back to Wiscasset, where Jim became the jailer, one of the last, at the old red brick jail on Federal Street. Jean’s job was to keep the “guests” fed. During this time, their second child, David, was born. They bought the present home in the early 1950s.

In the mid-’50s Jean opened a dress shop called Jean’s Women’s and Children’s Apparel. At this time, they bought a house in Wiscasset village next to the Sortwell House and lived there and Jean had her shop in the storefront basement. The store was not the success she had hoped for, so she closed and sold the property and moved back to the home she lived in for the rest of her life.

Her next venture was to go to work at the Brunswick Navy base. She retired from there after working for 30 years in the legal office. Her co-workers referred to her as “Mother Legal” and had a sign made for her desk with that on it. She was well loved and made many lasting friendships there.

After retirement she got her real estate license, got her feet wet in a couple of places, and ended up going to work for her old friend Roy Farmer. They had grown up together as their parents were friends and Roy was a year behind Jean in school. This was a great job for Jean, who had always been a real people person and loved meeting new people. She kept saying she was retiring from there and did a couple of times but always went back. Finally, at 83, she really did retire. She worked in her gardens and fed birds and watched the river flow. She made many friends along the way and was always glad to see them. She will be sorely missed by those who knew and loved her.

She was predeceased by her parents; her husband, James C. Sutter; and her sisters, Marilyn Bailey Farnsworth and Claire Bailey Gardner.

She is survived by her children, Susan Sutter and David Sutter; grandchildren, Samantha Bergeron, Elizabeth Freeman, and Noah Freeman; and great-granddaughters, Lily and Haley Dumais and Calia Freeman.

Because of current gathering restrictions there will be no funeral at the present time. There will be a celebration of life at a later date to be announced.

Donations in her honor may be made to animal shelters, pet food to food pantries, or any charity to benefit animals. If you knew Jean, you know of her great love for animals.

Arrangements are by Daigle Funeral Home, 819 High Street, Bath. Condolences may be made online at daiglefuneralhome.com.