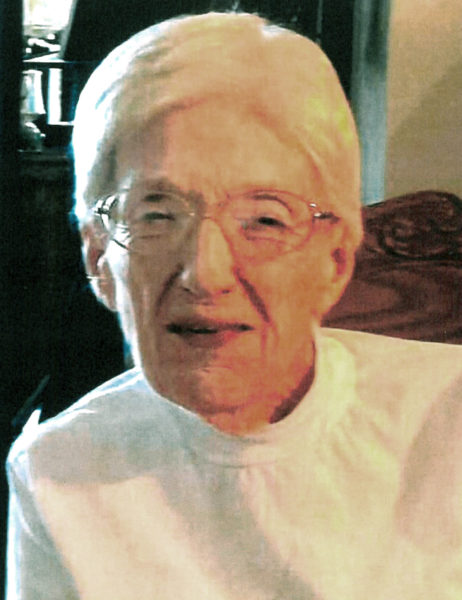 Jean Elizabeth Dodge, 86, of Venice, Fla. and East Boothbay, died on Jan. 3. She was born on April 18, 1930, daughter of Clyde and Dorothy Bradshaw Dodge in East Boothbay. She attended grade school in East Boothbay and graduated from Boothbay Harbor High School in 1948.

She was employed in the offices of Rice Brothers Corp. and Hodgdon Brothers, Goudy and Stevens shipyards where they were building vessels under government contracts. Following these years she was employed at Depositors Trust Company, Boothbay Harbor, in the bookkeeping department.

In 1978, the local school extended an offer to make their class trip to England available to the public. Jean and her mother Dorothy, who was born in England, went on that trip. In addition to visiting her mother’s birth area and famous attractions London had to offer, the highlight of the trip, for Jean, was when she and her mother spent a day with each of the two women pen pals with whom she has corresponded with for over 70 years. She retired from the East Boothbay Post Office in 1992, following 27 year of service.

She was an active member of the East Boothbay United Methodist Church for many years, serving in many positions and on numerous committees.

She was predeceased by her parents; brothers, Glenwood, David and Earle Dodge; niece, Jacqueline Dodge; grandnieces, Christine Dodge and Jennifer Dodge, who lost their lives in separate house fires; and many aunts, uncles and cousins, several in the Waldoboro area.

She was survived by sister-in-law, Elizabeth Dodge of Lusby, Md.; cousins, Gloria Knapp and Royall Dodge of East Boothbay, Larry Knapp of Boothbay and Martin Knapp of East Boothbay and their families; niece, Pamela Dodge of Wiscasset; nephews, Terrence W. Dodge and wife Constance of Venice, Fla., with whom she has lived with since June of 2015, Brian M. Dodge and wife Pamela of Mt. Airy, Md., and Michael K. Dodge of Baltimore, Md.; grandniece, Nicole Davis and husband Daniel; great-grandniece, Caitlyn Davis; great-grandnephew, Connor Davis of Odessa, Fla.; grandnephew, Matthew Dodge of Venice, Fla.; cousins, Joyce Cantell of West Bath, Sharon Riley of Woodbridge, Va., Gail Marzluff of Hillsborough, N.C. and their families, and Sandra Breton of Sidney; and several in the Waldoboro area.

As per Jean’s wishes, there will be no services. There will be a graveside service held in the first half of May, at Oak Lawn Cemetery, in Boothbay Harbor.