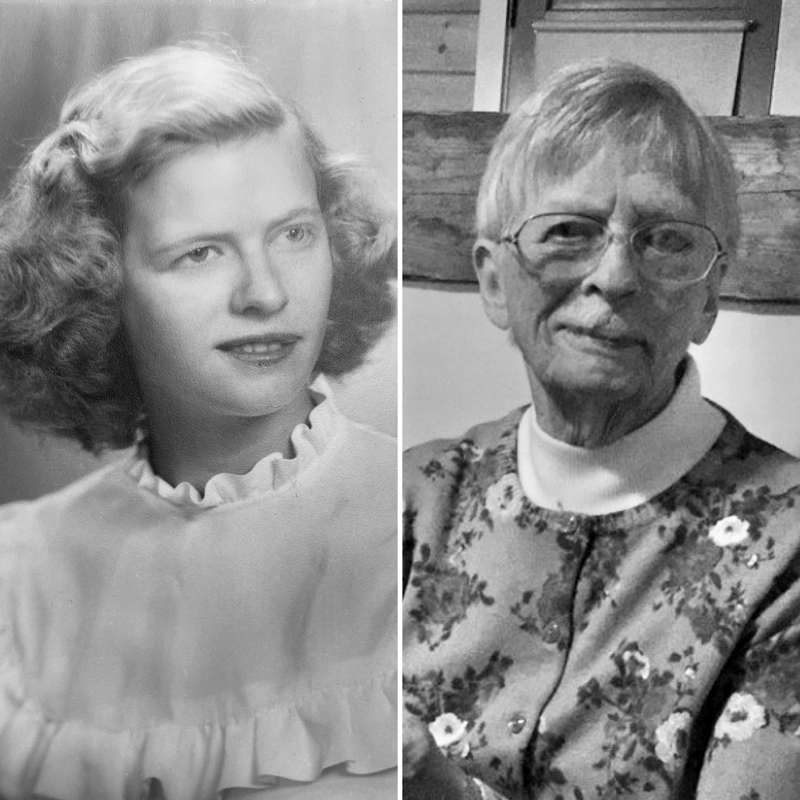 She was born Jean Wilkinson Moore in 1926 in New Bedford, Mass. She was the second of three daughters of Herbert and Margaret Moore. As a child, she spent summers with her family at her grandparents’ cottage on Buzzard’s Bay. She graduated from New Bedford High School in 1943 and then from Bates College in 1947 with a Bachelor of Science in chemistry. After graduation from Bates, Jean worked as a chemist for eight years at the U.S. Rubber Co., Chemical Division, in Naugatuck, Conn. Jean completed her graduate work in education at Eastern Connecticut State College.

She was blessed with a wonderful marriage of 38 years to John Allan Miller. They were married in St. Andrew’s Episcopal Church in New Bedford in 1949, after which Jean became a homemaker for 16 years, raising their two daughters. Jean and John built a family tradition of spending summers on Damariscotta Lake in Maine.

Being involved with Brownies and Girl Scouts earlier in life, Jean later became a leader of both. With her love for music, she was a vocalist in church and school productions, and was also a violinist for eight years. Other enjoyments included gardening, cooking, reading, and working with younger children.

Her love for children led her to begin teaching in 1971 in the Tolland, Conn. Public School System. In 1990, she was named Teacher of the Year for the town of Tolland. After 20 years of teaching, her love for Damariscotta Lake led her to retire to Waldoboro, where she continued her passion for education as a volunteer for eight years at Coastal Christian School.

Jean was an active Episcopalian all her life, and in Maine she became a member of St. Giles’ Episcopal Church in Jefferson. With her devotion to the church, she became the recipient of the St. Giles Golden Arrow Service Award.

A private memorial service will be held at St. Giles’ Episcopal Church in Jefferson on Sunday, Oct. 4.

In lieu of flowers, the Miller family requests donations be made to St. Giles Episcopal Church, P.O. Box 34, Jefferson, ME 04348.

Arrangements are entrusted to Hall Funeral and Cremation Services, 949 Main Street, Waldoboro. Condolences can shared with the family at hallfuneralhomes.com.