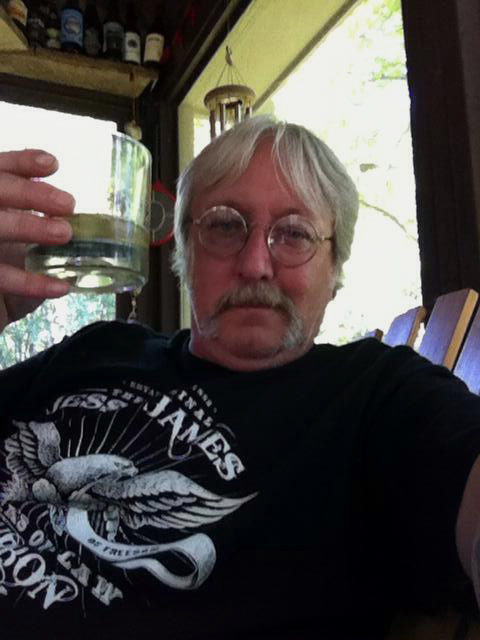 Jeffrey C. Harris, 65, of Wiscasset, died Wednesday, July 31, 2019 at his residence, after a short battle with lung cancer.

He graduated from Morse High School in the class of 1972 and attended the Rhode Island School of Photography. He was employed, early on, at Bath Iron Works and later at Washburn & Doughty for 38 years as an engineer and designer.

He liked to show the people he loved a good time with his comforting and easy-going nature. He always had a good joke to tell or an entertaining story. A raised eyebrow could speak volumes. He had a deep knowledge of how things worked and could figure out or fix almost anything.

His curious and inquisitive spirit led him to discover many hobbies – all of which he mastered. He loved photography, music, wood carving, beer brewing, barbeques, the outdoors, fishing, archery, cycling and ancestry. He was a gifted drummer from a young age and performed live throughout New England with the band Northern Pride. His children’s friends often referred to him as a “cool dad” because of his approachable nature and knowledge of modern music and culture. He was a member of the Maine Woodcarvers Association.

He is survived by his wife, Sherry E. Harris of Wiscasset; one son, Aaron Harris, his wife Alexandra and their daughter Margaux of Los Angeles, Calif.; two daughters, Amanda Harris and her longtime companion Joe Black of Bath, and Jenna Harris and her daughter Eva of Westport Island; one sister, Cindy Cygan and her husband Hank of South Thomaston; brother-in-law, Butch Pinkham and his wife Brenda of Bath; sister-in-law, Jody Wallace of Mansfield, Ohio, and her daughters Tammy Jo Whitmore and Shelley Hannah; and many aunts, uncles and cousins.

He was predeceased by his parents; grandparents, Robert and Amanda King and Jerome and Evelyn Harris; and brothers-in-law, Rick Pinkham and Charlie Wallace.

There will be no services per his wishes.