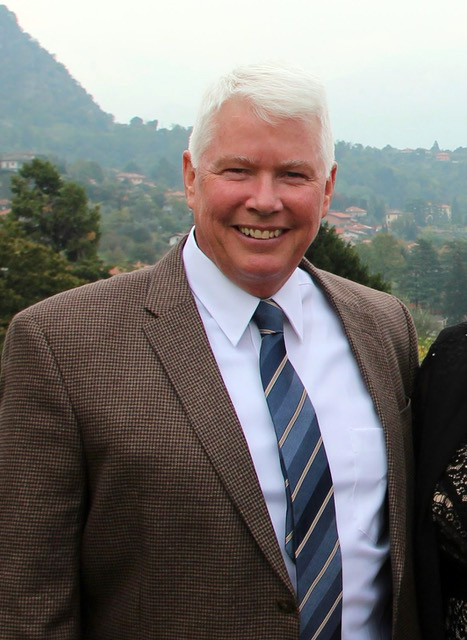 Jeffrey Parker Lawson, 68, passed away unexpectedly in his beloved home in Walpole, on the afternoon of Nov. 15, 2021. Jeff was born in Pennsylvania to George Joseph Lawson and Eunice Parker Lawson, both of whom predeceased him.

Jeff grew up in Hamden, Conn., where he attended Hamden High School. After graduation, Jeff moved to Nashville, Tenn., to attend Vanderbilt University. He later joined the U.S. Navy as a P-3 pilot and then embarked on a 30-plus year career as a commercial pilot for Delta Airlines. His Navy buddies nicknamed him “Lucky” for his good fortune and his sunny outlook on life.

As a pilot, Jeff relished the opportunity to travel all over Europe, especially Germany, Scotland, Spain, and Italy. He always looked forward to his happy hour and dining at his favorite spots during his layover. In 2011, on a trip to Madrid, Spain, he met his wife Marina, and on that flight, he promised to take her to the land visible down below. That land was Maine. A couple of years later, Jeff and Marina tied the knot at Pemaquid Point on Sept. 14, 2013.

Jeff lived out his dream of retiring in Maine after his career with Delta. His love for Maine was so contagious that soon after, Marina’s daughters, Rosanna and Daniela, and son-in-law, Dallas, followed, making it “the way life should be” by following Jeff’s dreams as their own. Later, Jeff enjoyed the company of his grandkids, Sofia Parker and Penelope Rose as their dear Pop Pop.

Jeff was an avid golfer and was thrilled to be an active member of the Wawenock Golf Club. He loved boating, motorcycling, smoking cigars, and camping on Cape Cod and Cathedral Pines. He has always said he “had a wonderful life” and he sure did.

As well as those mentioned above, Jeff is survived by two adult children, Jeremy Lawson of Atlanta, and Alexandra Lawson of Florida; siblings residing in Connecticut are Judith Lynn Lawson, James Donald Lawson, (Suzanne), and John Douglas Lawson (Joe); along with Jay Robert Lawson, of Texas.

A memorial service, with military honors, will be held at 10 a.m. Saturday, Dec. 4, at the Strong-Hancock Funeral Home in Damariscotta.

“To fly west, my friend, is a flight we all must take for a final check.” – Author Unknown