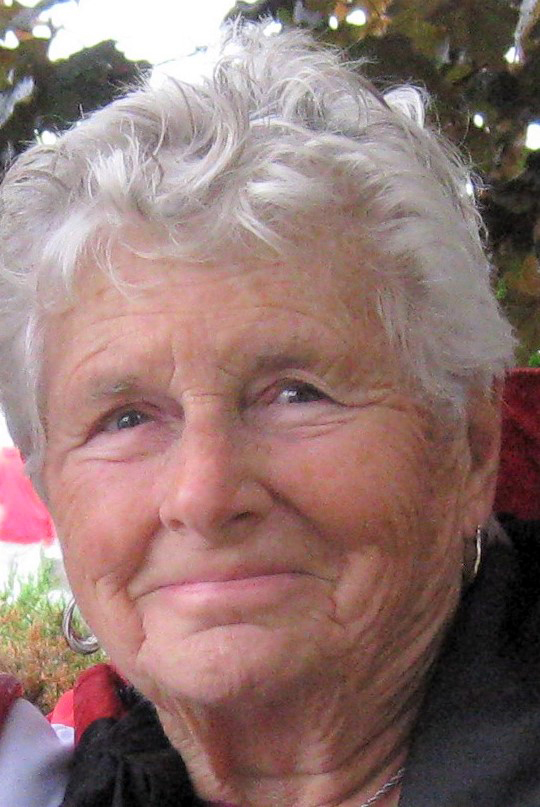 Jessie was born Oct. 15, 1928 in Monticello, N.Y. She was the daughter of Elizabeth and Llewellyn Beedle of Sargentville. Jessie grew up in Maine and Massachusetts, graduating from Murdock High School in Winchendon, Mass. in 1946 and Newton-Wellesley School of Nursing in 1949. She was married to William A. Jacques (deceased) of Northborough, Mass. in 1949 and they had three children.

She is survived by her dear friend, Lynne McCarthy of Florida; daughter, Kathy Jacques and her partner Linda Mallard of Topsham; and sons, Butch Jacques and wife Mary of Ellsworth, and Stephen Jacques and wife Maria of Chelsea. Jessie was the loving sister of William Beedle of Woolwich and Warren Beedle, now deceased. She was the beloved grandmother of Michael Jacques of New Hampshire and granddaughters Licia Jacques of Minnesota, Libby Jacques of Alaska, Maggie Laracy and her husband Michael, and great-granddaughter Penny Laracy of Massachusetts. She is also survived by many friends, cousins, and nieces whom she dearly loved.

Jessie was active in her church. She had an adventurous spirit, loved people and life, her dogs, the Red Sox and politics and especially the coast of Maine. When there was music she had to dance. Her laugh and smile were as big as her heart.

Jessie loved being a nurse. Her career spanned 60 years in Massachusetts and Maine. During World War II, as a schoolgirl, Jessie worked as a nurse’s aide. After graduating from nursing school, she raised her family and worked part time in acute care facilities. In the 1970s Jessie began her distinguished career in long-term care administration. In 1988 she was recruited as the director of the Alzheimer’s Care Center in Gardiner, a residential care center for persons with dementia. Of Jessie’s time at the center, a friend and colleague wrote that “Jessie Jacques was a firecracker lit at both ends. She was creative, energetic, caring, and a wonderful role model for anyone who had the pleasure of working with her. She has the ability to engage with an international Alzheimer’s expert as well as the woman who cleans the center. She was a leader and she led from something deep in her heart — love, humor, and graciousness.”

In 2001 Jessie received the Yankee Community Partners Barn Raiser Award honoring her service to her community and was a runner-up for The Jefferson award.

One of Jessie’s last wishes was to go home and vote.

In lieu of flowers, you may consider a donation in Jessie’s memory to the National Alzheimer’s Association of Maine.

Due to COVID-19 concerns, there will be a celebration of a life well lived at a later time.

Arrangements are in the care of Staples Funeral Home and Cremation Care, 53 Brunswick Ave., Gardiner.

Condolences, memories, and photos may be shared with the family on the obituary page of the Staples Funeral Home website, familyfirstfuneralhomes.com.