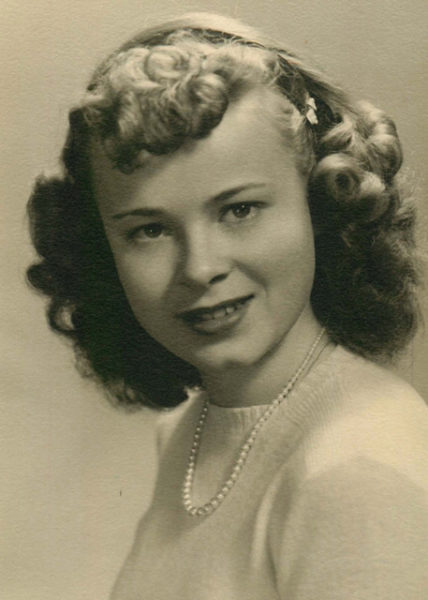 Joann C. Danch, 87, passed away unexpectedly at her home in Bristol on Nov. 5.  Joann was born in Los Angeles, Calif. but grew up in Appleton, Wis. until she moved back to Ventura, Calif. at age 16.  She graduated from Ventura High School in 1947.

While working at the Ventura County District Attorney’s office, she met and married John R. Danch, then a deputy district attorney, and had three children, Mark, Jamie, and Christopher.  Joann and her family resided for many years in Ojai, Calif., where one of her biggest pleasures was horseback riding in the front- and backcountry of the surrounding mountains.  She also developed a love for dogs, which ultimately focused on the Scottish Terrier breed.

For over thirty years, Joann worked for the County of Ventura, first in the Planning Department and finally as the executive administrative assistant to the county clerk and recorder.  At work she was known, loved and admired for her work ethic and skills, diligence, helpful and gracious nature, and integrity.  Shortly before her retirement, Joann returned to college and received her Associate of Arts degree in Liberal Arts and Sciences from Ventura College in 1992.  Several years after retiring in 1995, Joann moved to Damariscotta.

Joann loved Maine and the community that welcomed her.  Among her many activities, she was a long-time member of the Midcoast Unitarian Universalist Fellowship congregation.  As a lifelong learner, she was an active student at Coastal Senior College, taking up to five courses at a time.  At the Coastal Senior College she also served on the curriculum committee and was the instructor liaison for the committee.  Since moving to Maine, Joann was a member with the Scottish Terrier Club of New England.

A memorial service is being planned for next spring (April or May) in Damariscotta.