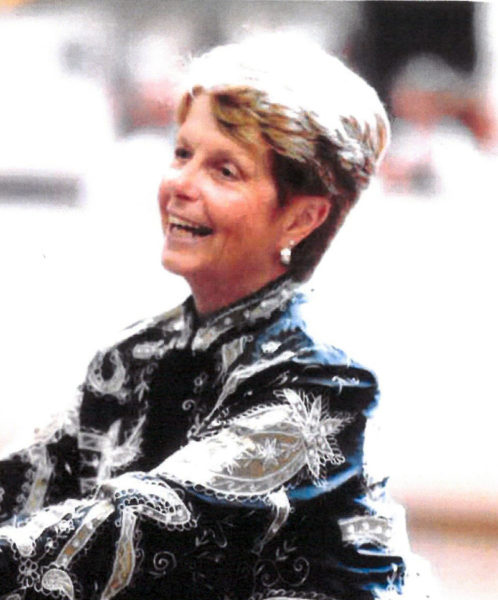 Joanne, daughter of John and Virginia (Nelson) Reid, was born Dec. 13, 1945 in Boothbay Harbor. She spent her early years in Maine, living at one time in the farmhouse on Squirrel Island, and later in Florida, Massachusetts and New Hampshire. She graduated in the Class of 1964 from Boothbay Region High School, where she enjoyed being a majorette.

On June 27, 1964, she married her high school beau, Roy Lewis, and with him happily celebrated their 50th Wedding Anniversary on June 27, 2014. During these years Joanne’s primary focus was her family and home.

Her work ethic, organizational skills and creativity were apparent in her varied career choices which included dining room management, owner and operator of West Street Guest House, co-owner, with her sister, Marcia, of Sisters Too Antiques and Collectibles, and realtor with Lewis and Pottle Real Estate.

In her younger years, she volunteered with the Cub Scouts and Meals on Wheels and more recently for the Barters Island Community Association, where she appeared one day with paint brush in hand after deciding some “freshening up” was needed. She was an avid gardener and book club member and had a special knack for interior decorating. Her forte was planning and executing every detail for parties and other functions.

Joanne and her daughter, Katie, shared many years of horse-related activities. Under the tutelage of Katie, she became an accomplished equestrian, and in 2012, with her horse, Patty, reached her goal of competing in the Grand National and World Championship Morgan Horse Show held in Oklahoma. Joanne’s mother, Ginnie, enjoyed going along for the “ride.”

In retirement, Joanne and Roy spent winters in N. Myrtle Beach, S.C. and Stuart, Fla. Aboard their boat, Ro-Jo, they shared many fun-filled cruises with Down East Yacht Club members. In 2009, with their family, they joined this group for a Caribbean cruise on the ship, Grandeur of the Seas, and in 2012 another to the Panama Canal with their son, Jody, and his wife, Susan. In the winter of 2015, their entire family shared a memorable week in Key West, Fla. Other travels included trips to Egypt and Scotland. Always thoughtful and generous, Joanne delighted in bringing lovely mementos home to her extended family.

In Joanne’s memory, please do something kind for someone.

In lieu of flowers, contributions to benefit families in need, may be made to the Barter’s Island Community Association, P.O. Box 390, Trevett, ME 04571.

Arrangements are entrusted Hall’s of Boothbay.