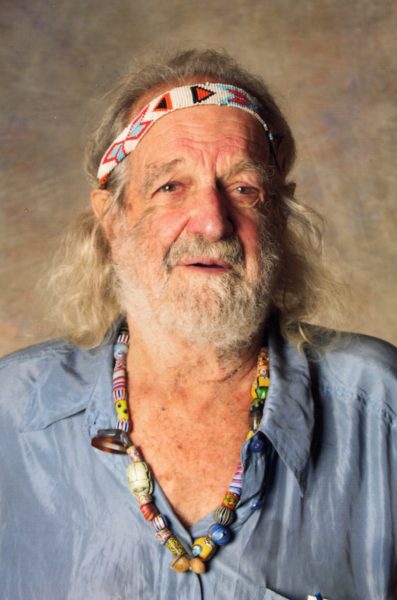 Joel Huston Dodge, 99, passed away Jan. 30; this area lost one of its most accomplished and interesting characters.

Huston was born June 1, 1917 in the family house in Damariscotta, the son of Leon Alfred and Christine Huston Dodge. Although his father was president of the First National Bank, Huston was never inclined to pursue a conventional career. While other boys were playing school sports, Huston was roaming the countryside inspecting and documenting the many early houses and other structures which were decaying at that time. His drawings are reportedly in a library at Yale University.

Huston left Damariscotta to attend Wentworth Institute in Boston and also worked there for Wallace Nutting, one of the foremost reproduction furniture makers in the country. When World War II came, Huston ended up in the Army under General George Patton, and was stationed with the Third Army during the Battle of the Bulge.

After the war, Huston lived for some time in a house he had dismantled on Frye Mountain and moved to his property on School Street. Aside from the house, Huston accumulated a number of other buildings which he also re-erected, along with piles of building materials, vintage tools, steam engines, granite blocks, and anything else which struck his fancy. The house itself had neither electricity nor running water and was filled with piles of artifacts: some valuable, some not.

For many years, he could be seen driving an ancient gray Jeep with a roof rack, often at 15 mph down Route 1, with long wooden beams overhanging either end.

After his mother’s death in 1982, Huston moved back to the family house on the Bristol Road where he again began collecting buildings. He also owned, in Somerville, the last working water-driven sawmill in the state.

When Huston’s parents died, he was left a house in the fashionable town of Palm Springs, Cal. In the winter, Huston would board the Greyhound bus in Damariscotta with a 10-pound bag of trail mix and not get off until he made it to the west coast. There he had a shop where he continued his furniture making. In 1989, a Goddard Townsend secretary sold at a Christie’s auction for a world record $12.1 million. The following spring, Huston came back to Maine with an exact, elaborately carved replica: the only difference being that the secondary wood was all from orange crates he had found on the dump.

Huston’s curiosity was varied and ongoing. In the 1980s, he went to the Falkland Islands on an expedition to salvage the wreck of the last American-built clipper ship Snow Squall. While based in Port Stanley, Huston made numerous side trips to document several other wrecks in the area. Many years later, he was still remembered fondly by Emma who ran the guesthouse where he stayed.

In recent years, Huston had been a frequent speaker on the history of this area. He has shared his knowledge in talks at Skidompha Library and the Damariscotta Historical Society, as well as during tours of Damariscotta and Newcastle with emphasis on the histories of the various houses and the families that lived in them. A few years back, there was a television special made about him and there are various videos featuring interviews with him on the computer.

Huston was predeceased by a brother, Leon Dodge.

He is survived by his son, Damian Clarence Chapman; and Damian’s mother, Cathy Dodge. Huston had a diverse array of friends, two of whom, Janii Laberge and Mary Myers, were particularly close in Huston’s final years.

There will be a gathering in Huston’s memory, “Remembering Huston,” at Skidompha Library from 2-4 p.m., Sun., March 19.