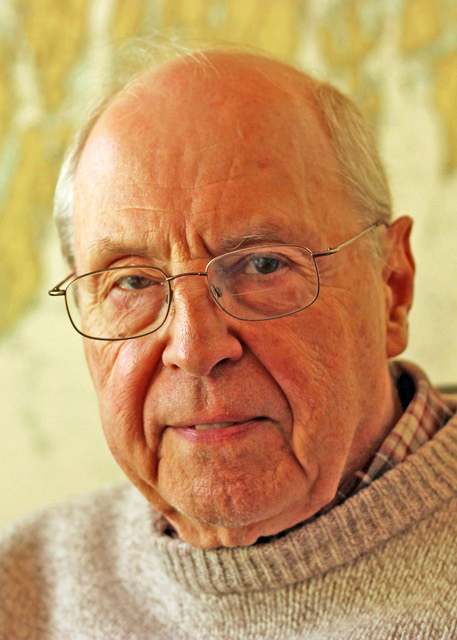 John A. Janell, 82, of Bristol, passed away unexpectedly on the morning of April 2, 2020 with family present. He died just three months after the passing of his loving wife Jean, and three days before their 62nd wedding anniversary.

He was born in Boston, Mass. on Oct. 3, 1937 to Albert and Katherine (Luoma) Janell. He spent his early childhood on the family farm in Ashby. He attended Fitchburg schools, graduating from Fitchburg High School in 1955. He received his associate’s degree in Accounting from Becker Junior College in 1957, and his B.S. in business administration from Clark University in 1962.

In 1958, he married Jean Nutter, and in 1963 they built a home in Lunenburg and raised their family there. They moved to Spec Pond in Lancaster in 1983 and then to Bristol in 1998.

John first saw Jean when he played the bass drum for the Fitchburg High School marching band. He looked across the field and saw a blonde playing the cymbals for their arch football rival, Leominster High School. They met two years later when they were in the same carpool to Becker Junior College.

In 1965, John served as president of the North Central Chapter of the National Association of Accountants. He was treasurer of the First Methodist Church in Fitchburg, served on capital campaigns for Leominster Hospital and the Lancaster Public Library, and was a founding member of the Lancaster Land Trust.

During his time in Maine, he served as treasurer of the Second Congregational Church of Newcastle, and was a member of the capital campaign and investment committees. In 2004, he joined the Bristol Area Lions Club, serving as King Lion for four years and as club secretary.

Jean and John enjoyed family summer vacations in Rockport and Cape Cod. They also traveled to California, Oregon, Hawaii, the Bahamas, Virgin Islands, England, and Paris. For 15 years, they had a sloop which they sailed out of Kittery Point, down east along the Maine coast. For their 40th wedding anniversary they cruised the Alaska waterways on a small 88-passenger ship. They celebrated their 50th anniversary on a Canadian Rocky Mountaineer train trip in a dome car.

John is survived by his sons, Jeffrey and his wife Daisy Dore of Manchester, and Jay and his wife Mary Paradiso of Fitchburg, Mass.; his grandson, Nathan Dore Janell; and his brother, Paul Janell of Ashburnham Mass.

A memorial service will be held at the Second Congregational Church in Newcastle at a later date.

In lieu of flowers, memorial contributions may be made to the Second Congregational Church of Newcastle, PO Box 243, Newcastle ME 04553; or Bristol Area Lions Foundation Scholarship Fund, P.O. Box 11, New Harbor, ME 04554.

Arrangements are under the direction and care of the Strong-Hancock Funeral Home, 612 Maine St., Damariscotta. Condolences, and messages for his family, may be expressed by visiting StrongHancock.com.