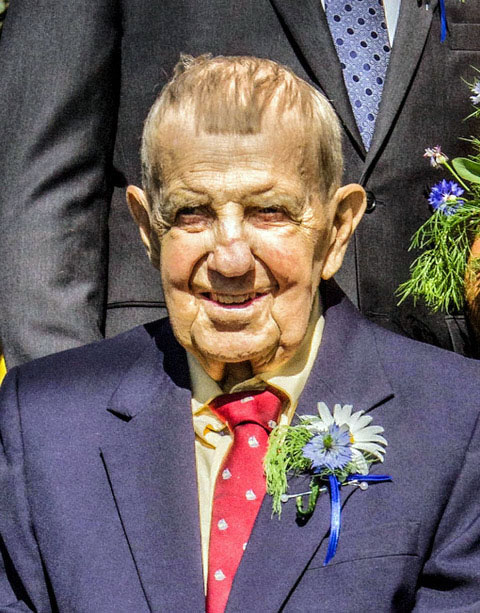 John Cameron Bishop Jr., of Jefferson, died at home on Saturday, July 25, 2020. He was born June 9, 1943 in Boston and grew up in Newburyport, Mass., as the son of the late John Cameron Bishop Sr. and Irene Nevins Bishop. He graduated from Newburyport High School in 1961 and went on to study and play hockey at Norwich University. After graduation, John served as a first lieutenant in the United States Army.

In the summer of 1968, John met the love of his life, Ann Wheeler, at the American Yacht Club in Newburyport, where Ann was teaching sailing. They were married July 27, 1969. John and Ann moved to northern Vermont to begin their careers teaching. They lived in a hunting camp, so that they might save enough money to buy a sailboat. For several summers they were able to live on the 27-foot sloop and cruise the coast of Maine.

It was while sailing that John and Ann decided to move to Maine, and found their home in Jefferson. For the first few years John taught at the Somerville School, where he was also the principal and the bus driver. His love for hockey never wavered, so John began the Screaming Eagles Club Hockey Team at Lincoln Academy. In 1978 he started teaching science at Bristol Consolidated School and continued until his retirement in 1999.

Two passions collided with teaching and his love of sports when John began coaching youth sports both at Bristol and with the Jefferson Sports Association. As his daughters grew up, John followed them from youth sports to junior high, then on to high school and college sports, making many great friends along the way. He was the father you wanted to have in the stands, cheering for everyone and keeping his criticisms to himself. When his daughter was coaching basketball in Richmond, he adopted the team as his own, always offering confidence-boosting words to the players at the end of the game.

As a young boy, Johnny’s father introduced him to the Boy Scouts and from there his love of the outdoors flourished. Trips to the West Branch of the Penobscot and Boy Scout Camp at Canada Falls and Kingston, N.H., along with attaining the rank of Eagle Scout, highlighted some of his experiences. John was able to make it to the North Maine Woods for over 60 consecutive years, either fly fishing on remote ponds, bird hunting with the dogs, or moose hunting. His deer hunting escapades occurred more locally, though for years there was also an annual bow hunting trip to Vermont. Even if his game bag was empty, there was always some experience that bolstered his enthusiasm for the outdoors.

Being a teacher afforded John the opportunity to make the most of summer. The rules were simple: don’t talk about school and spend as much time on the ocean as possible. He absolutely loved messing about in boats: canoes, sailboats, motorized or paddle, because he just wanted to be on the water. One of his favorite things to do this time of year was sit on an island, enjoying a cool breeze while eating lobster, corn, and clams.

It seems he had a million interests, all of which he was passionate about: gardening, photography, antiques, tying flies, making maple syrup, hiking, skiing, camping, etc.

If you knew him, remember him with that mischievous twinkle in his eye.

There will be a casual, public celebration of life at the Bishop residence, 160 Goose Hill Road, Jefferson, on Sunday, Aug. 16 beginning at 2 p.m. In light of COVID-19, the family understands if you are unable to attend the celebration. To honor him, please go do something that you think John would enjoy!