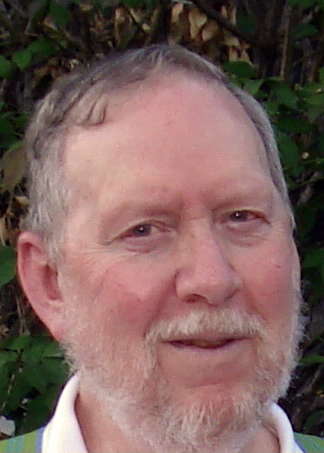 John was educated in the U.S. and England. He attended St. John’s School, Northwood, England and several schools in the U.S. He graduated from Fairview High School, Dayton, Ohio, in 1960 and The University of Iowa in 1972 with a Bachelor of Science in math. His entire professional career was in IT.

He served in the U.S. Air Force for seven years with duty assignments in Texas, Maine, California, Spain, England, and Missouri. He was honorably discharged in 1969. John was very proud that he had served his country.

John was a very loving, caring, kind, and generous husband, father, and friend. He loved domestic and wild animals that visited his home. Over the years, he had several indoor cats. His Siamese, Rumford, was an extra-special friend. He cared for several outdoor kitties with shelter, love, and food, and when necessary, veterinary care. He had been a participant in the Cornell Project Feeder Watch for many years. He was doing his weekly 2020-2021 count up to the last week of his life. He was especially pleased with the variety and number of birds he tracked around his home on Damariscotta Lake.

John participated in bowling leagues and golf leagues. His hobbies included coin collecting, reading, and boating. He was a member of Coastal Senior College and enjoyed taking CSC courses.

In addition to his wife Beth and his daughter, Jeanne, he is survived by a brother, David (Cheryl) Vetter of Warsaw, Ind.; and two sisters, Nancy Perea of Brooklyn, N.Y. and Barbara (Robert) Miller of San Diego, Calif.; and cousins in Iowa. He is also survived by his Maine family, Lucille Fellows (William) of Augusta, Caroline Fellows (Oscar) of Raymond, Sandra St. Germain (Albert) of Bangor, Michael (Lisa) Fellows of Readfield, Lorraine Fellows of Chantilly, Va., and Laura Fellows of Pittston, Cheri Walton of Eastport; and close friends who helped John and his family through his illness, Pete Souza, Linda Pierpont, Byron and Hester Stuhlman, Shelly Swazey, Cathy Jewitt, Nancy Morith, and Twila and Dick Hobbs of Arizona.

The family suggests memorial donations to Togus Fisher House, Togus VA Medical Center, Department of Veterans Affairs Voluntary Service, 1 VA Center (135), Augusta, ME 04330 or to the charity of your choice.

There will be a burial service at Silver Lake Cemetery, Bucksport at a later date.