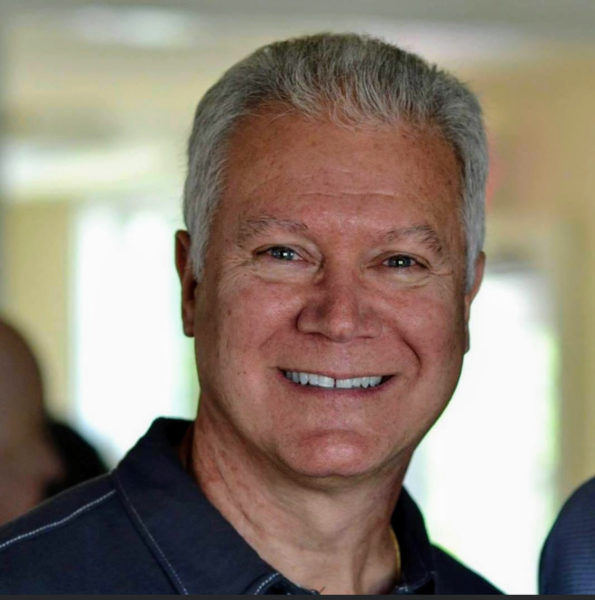 True to family tradition, John Richardson started his career in public service at a young age. He joined his father and grandfather before him at age 16 in the Riverdale Heights Volunteer FF Company 13 in Maryland. Prior to that, he had been a poster boy for one of his father’s public service messages amongst other things in which his father, the chief, involved him in.

At 19, John was badly burned in the line of duty when he entered a burning home. John spent months in the hospital. Already a soft heart, it was long hours in recovery that reinforced for him that he wanted to continue a life of public service, helping others who were knocked down and needed help getting back on their feet.

John graduated from the University of Maryland after a long and social time spent there with the accumulation of a number of parking tickets. He was the first in his family to earn a college degree.

John went on to further his education, and on the day he turned in his last final from the Creighton University School of Law in 1989, John married his wife Stephanie, who was studying to be a physician.

John and Stephanie were lucky to move to Portland, where Stephanie attended residency, and the couple chose the beautiful state of Maine to raise their growing family. They settled in Brunswick and raised their children, John A., Glenn, and Madeline. They joined St. John’s Catholic Church, where John served as vice president of the Parish Council.

John joined Richardson and Troubh (no relation, but it was fun to pretend he was Harry’s son) and began developing a labor law practice.

As an attorney John gravitated to helping the underdog. He represented trade unions and often took on discrimination cases. His clients included some of the first women to seek redress for sexual harassment in the state of Maine.

Always, John had an affinity for helping our men and women in uniform: the firefighters, state, and municipal police officers – the same people he grew up with and for whom he felt a brotherly bond.

In 1998, John narrowly beat an incumbent Republican to win a seat in the Maine House of Representatives, a feat he attributed to knocking on every door in his district.

In his time as a legislator, John shepherded through, with help from others, the Patient Bill of Rights, small-business reform, and a $12 million affordable housing bond for Midcoast Maine.

John was elected House Majority Leader, and then the 97th Speaker of the House of Representatives in 2005. As Speaker, he earned a reputation as a consensus builder, helping to end a long stretch of partisan budget battles. He also built and broadened his party’s influence. A proven winner, he left the House with a solid Democratic majority.

John was then appointed Commissioner of the Department of Economic and Community Development by Gov. Baldacci. He spent hours driving thousands of miles all over the state, and one accomplishment as commissioner was the response to the Washburn-Doughty fire and helping get that company back on its feet in less than one year.

After politics John returned to law but kept the themes of politics and economic development. He partnered in the development of the Village at Rockport and the RoxWind wind energy project, amongst others. He greatly enjoyed becoming a political commentator for WCSH6 “Political Brew” as well as doing radio commentary. He was grateful to have spent his time in quarantine with his father, oldest son John, and daughter Madeline. Sometimes there are blessings given where least expected.

A remain-in-vehicle funeral service will be celebrated at 10 a.m., Wednesday, June 24 from the steps of the State House in Augusta.

Memories and condolences can be shared at brackettfh.com.