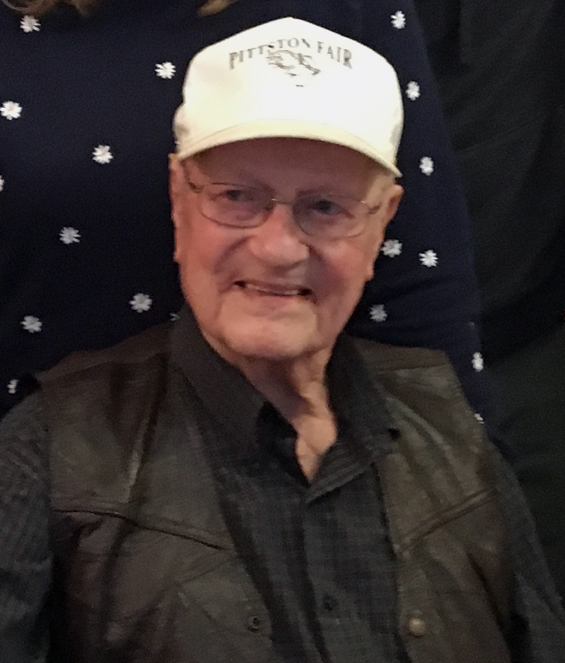 John Henry Parlin Jr., 97, of Waldoboro, died Sept. 16 at the Sussman House in Rockport. He was born May 12, 1922 in Jefferson, the son of the late John Henry Parlin and Laura (Sprague) Parlin.

John was born and raised in Jefferson and attended local schools. He married Grace Leavitt on Dec. 25, 1941 and they were married 64 years until she passed in 2005.

He joined the Army in 1943 and served until 1946 and was in the European Theatre of Operations.

John worked at the Hudson Paper Mill in Augusta for 11 years and eventually worked at Sylvania where he worked in shipping and receiving for approximately 30 years. He also raised starter chickens for 20 years.

John was a 25-year member of the Waldoboro Lions Club, the American Legion, a lifetime member of the VFW, the Lincoln County Fish and Game Club and the Sylvania Quarter Century Club.

He enjoyed going dancing at Crystal Falls, The Rendezvous Club, and camping at Atticus Hill and Mic Mac campgrounds. He also enjoyed going to the various fairs throughout the state to watch his son pull his team of oxen.

A graveside service to celebrate John’s life will be held on Thursday, Sept. 19 at 2 p.m. at the Riverside Cemetery, Route 32, in Waldoboro.