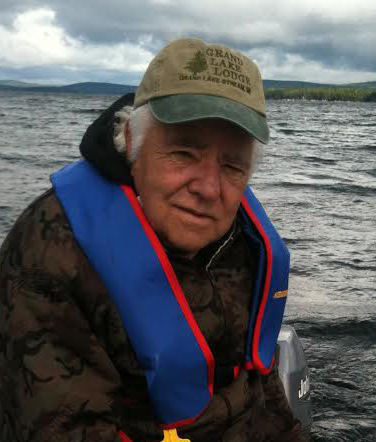 John J. Wordock Jr., 74, of Round Pond, passed away peacefully on Dec. 8 in Damariscotta with his family by his side.

Born in Plainfield, N.J., the son of John J. Wordock Sr. and Helen Sluzensky Wordock. He attended school in Plainfield and graduated from Metuchen High School. Shortly after graduation he started working in the building trade and continued with this trade until his retirement in 2006. Relocating to Sheepscot in 1974 and working with Walter Shorey Builders, he was known as an expert craftsman with the ability to create a beautiful finished product from just a photo or description of what a customer desired.

In 1983 John moved to Round Pond and married Jeanette McLain in 1985 where he lived until his death. An avid sportsman with a deep love of fly fishing and the outdoors, he would take every opportunity that came up to fish or go bird hunting with his faithful setter, Winger. Driving four hours each way to spend a few hours hunting or fishing was John’s idea of living life to its fullest and bonding with nature. Fly tying, archery, skeet shooting, or capturing wildlife on a camera were just a few of his many hobbies. He was a patient man with the ability to teach a grandchild or his wife to bait a hook or tie on a fly even if it took 10 tries as it was always important that it be done right without ever a scolding or critical word. John was an active member of The Sportsman Alliance of Maine, National Rifle Association and Trout Unlimited.

In honor of John’s wishes, the family will celebrate his life in a private memorial in the summer at one of his favorite fishing sites.

If desired, donations may be made in John’s name to Bristol Fire Responders, c/o Jeri Pendleton, 104 Southside Rd., New Harbor, ME 04554.

To extend online condolences, light a candle for John, or to share a story or picture, visit his Book of Memories at www.hallfuneralhomes.com.