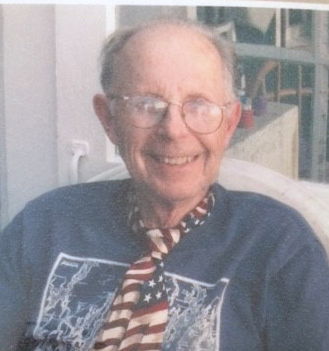 John James Turner Jr., of West Chester, Penn., and South Bristol, died peacefully on March 24, 2019 at Penn Medicine Hospice after a long battle with cancer. He was a loving and devoted husband, father, grandfather, great-grandfather, brother, uncle, educator and friend.

John was born on Oct. 23, 1930 in Philadelphia, Penn. He was the first member of his family to attend college and graduated from Muhlenberg College with a Bachelor of Arts degree Cum Laude in 1953. He then attended the University of Rhode Island, where he earned a Master of Arts degree in History. It was there that he met the love of his life, Theodora Bruce Turner. They were married on June 12, 1954. He served in the U.S. Army from 1955-1957, where he earned the Outstanding Soldier Award. He graduated from Columbia University with a Doctor of Philosophy American History in 1968. While completing his Ph.D., John co-owned the Cameo Waffle Shop in Ocean City, N.J., where he spent summers honing his breakfast making skills. In subsequent years he delighted in serving his famous waffles and pancakes to his friends and family.

He was a professor of history at West Chester University, where he taught for 37 years. During his professional career, John received a State of Pennsylvania Distinguished Teachers Award, an Association of Pennsylvania State College University Faculty Distinguished Service Award, the Irving Hirsch Cohen Faculty Merit Award and a Fulbright Teacher Exchange to Swansea, Wales. He served as the State Grievance Committee Chair for the State University system where he earned a reputation for fairness. He was passionate about teaching and supervised the student teacher program at WCU and National History Day for secondary school students. In 1978 he edited a volume of essays, with Roger Lane, entitled “Riot, Rout and Tumult: Readings in American Social and Political Violence.”

He was active in his community as a member of the Chester County Historical Society and as President of the Windon Country Homes Board of Directors. He conducted an oral history of civil rights activist and West Chester native Bayard Rustin, and later spearheaded the campaign to name Bayard Rustin High School. His hobbies included boating, jogging, square dancing, cheering his Philly sports teams, attending Maine State Theater performances, reading, and travel. Some of his happiest moments were sitting on the porch in South Bristol reading The New York Times and talking about politics and electoral college reform; working on the shorefront, and attending family gatherings.

He was predeceased by his wife, Theodora B. Turner; grandson, William J. Turner; and brother, Robert D. Turner.

He is survived and will be greatly missed by his daughter, Elizabeth Y. Turner; son, David B. Turner and Christine E. (Witzig) Turner; granddaughter, Katherine A. Bressler-Turner and David J. Bressler; great-grandson, Brenton A. Bressler-Turner; sister-in-law, Anne Turner; nephews, Robert D. Turner; and Richard Turner, all of the family members and NAMSOYs in South Bristol, and friends from West Chester.

A memorial service celebrating John’s life will be at Birmingham Friends Meetinghouse, West Chester, Penn. followed by a luncheon. A Maine service will be held during the summer.