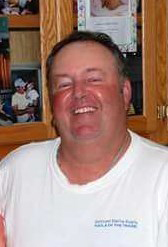 John Joseph Crane IV, of Port Clyde, passed away unexpectedly on July 28. John was 56 years old, just shy of his 57th birthday. John was born on Aug. 5, 1961 to John J. Crane III, and Arlene Cushman Crane in Rockland. His passing is felt deeply within the Port Clyde and Waldoboro communities, and among the many who knew him. He was loved by so, so many family and friends.

He was a lobsterman, beginning when he was just 10 years old. He and his brother Troy could be seen in their outboard hauling lobster pots, and later on fishing together on F/V Tracy Lynn, the boat they purchased from their father, John III. John bought out Troy’s share of the boat and continued to fish the “Tracy Lynn” until he bought his grandfather’s boat, F/V Moby Dick in April 1991, the day John and Tami brought their newborn son home. John was also an urchin tender for his brother Troy when Troy was diving for urchins.

John fished F/V Moby Dick right up to the day of his passing. He was so proud of the makeover that he recently had done to the boat, allowing him to continue fishing the 1965 Jonesport lobster boat that had been his grandpa Shannon’s boat. John was a “Teddy Bear” with a fisherman’s drawl. He loved the many, many hugs that were all so often given to him. It meant the world to him when given a firm handshake and a pat on the back. He was shy to new people he met, but he quickly became a friend, and you were awarded his dry sense of humor, his contagious smile, or his spontaneous burst of serenading, whether yodeling, singing “Butterfly Kisses,” rock-n-roll, or a country song.

John was an avid Red Sox baseball fan. He loved camping on Duck Puddle Pond in Waldoboro, deer hunting with family and friends, and coyote and rabbit hunting with his dogs.

John had a big heart and loved strongly. He knew in 1989 he found his one and only love, Tami, with whom he shared 28 years of marriage. Their love was blessed with a son, John, whom he loved beyond words. He felt proud to teach his son how to be a lobster fisherman. As a family they shared many adventures together, whether camping, fishing, family gatherings, trips to Florida, or the long awaited family trip to Fenway Park to watch Papi’s last days as a player.

The family requests that donations be made in John’s memory to The Pope Memorial Humane Society, 25 Buttermilk Lane, Thomaston, ME 04861; or to the Fishermen’s Memorial Fund, for the benefit of John Crane IV, c/o Rosemary Cushman, P.O. Box 217, Port Clyde, ME 04855.

Hall’s of Thomaston has care of the arrangements.